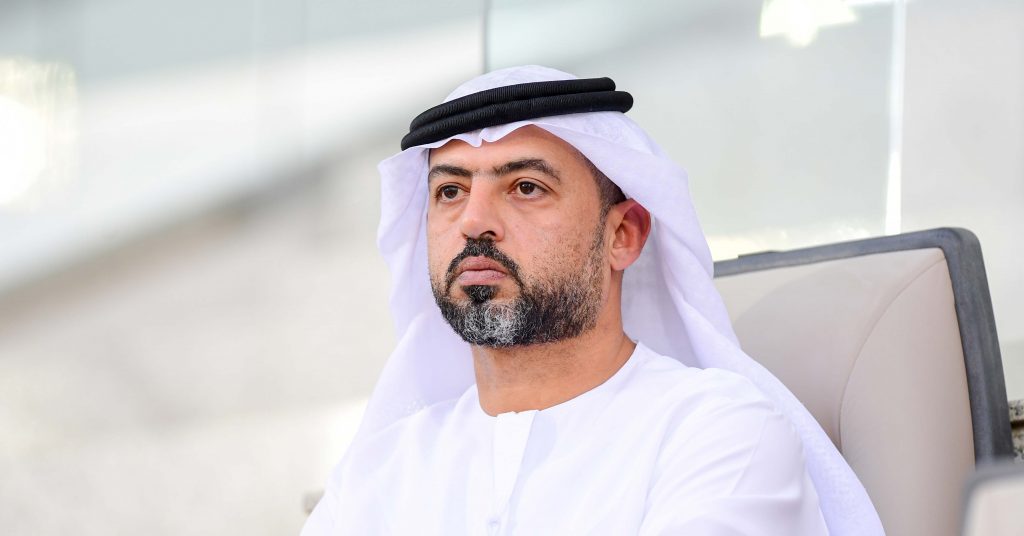 So Proud with the Ainawi Fans, the “Boss” of Our League Grassroots
Sergiy Rebrov Grants the Players a 24-hour Break and Caio Joins UAE National Team

“I wonder why the match referee was hesitant to refer to the VAR screen when he pointed to the penalty point in the added-on time. VAR technology is designed to implement the principles of justice and introduce the concept of fair play,” Abdullah Ali, Supervisor of the Al Ain First Team, commented in a press interview by the end of his team’s clash match against Al Wahda.

He added: “We were waiting for the VAR referee and his assistant to interfere to convince the match referee to go back to the screen. Unfortunately, we lost two points although we were the team who deserves to win the match result.”

Abdullah Ali stressed that the referees’ integrity is unquestionable as football is the game of mistakes. However, he pointed out that VAR technology is there as football is not only a game.

Commenting on a question on the procedure that the Club will follow regarding what happened during the Derby match, he said: “We will seek to take the measures that guarantee justice, and it was available at the moment the referee made his decision, as I stated earlier, had the referee sought the help of VAR technology.

“We would certainly draft an official letter to the UAE Football Association (UAEFA) and a copy to PLC. Refereeing decisions cost us two precious points,” he said.

Al Ain Team Supervisor commented on a question on how to maintain the top spot of the standing table despite the recent two draw results, he said: “Indeed, we have already closed the chapters of all the past matches, even the last draw result.”

“Today, we are talking about this match against Al Wahda. We are delighted with the squad’s performance. They showed the team’s genuine strong charisma and dominated the match. This is statistically. Indeed, we have to tip our hats to the head coach and players for the hard work. Al Ain Team was so close to winning the match compared to the chances to score,” he pointed out.

As for the team’s program during the FIFA international break, he said: “Ukrainian coach Sergiy Rebrov granted the team’s players a 48-hour break. However, the team is scheduled to play a friendly match before playing against the Emirates FC in the Presidents’ Cup. The details will be announced in the coming days.”

Regarding the current conditions of the injured players, he said: “Actually, there are no annoying injuries. Mohammed Abbas suffered from a minor muscle strain and was given a short break before yesterday’s match by the head coach based on the medical team’s recommendation to ensure his speedy recovery. There are direct communications between our medical team and their counterparts in the UAE National Football Team about the player’s physical conditions.”

He went on to say: “Ahmed Barman suffered from a minor tear in the hamstring muscle and his injury is of no concern. As for Khalid Al Blooshi and Yassin Meriah, they were replaced during our match against Al Wahda after they suffered from minor bruises, and they feel good today according to the report of the attending physician, who confirmed that they need no further medical treatment and no need to stay in the Club’s clinic.”

Abdullah Ali concluded his press statement hailing the great organization and the massive numbers of fans who attended the match. “This added much excitement to the “Derby” match yesterday. Ainawi fans broke their records registered in the name of the Boss of our league fans. Yesterday, they proved they are the difficult number and the most important player in the Al Ain squad.”