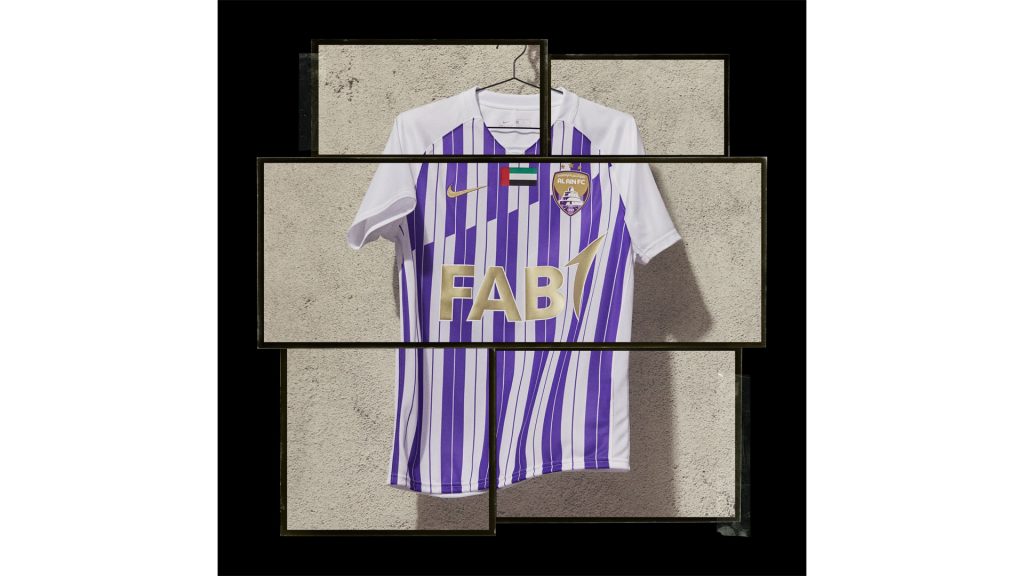 Nike announced the launch of the new home and away kits for Al Ain FC for season 2020-2021. Boasting a strong partnership of over four years, Al Ain FC and Nike join forces to deliver a cutting-edge kit ahead of the Arabian Gulf League.

The design of the 2020-2021 kit was inspired by Al Ain’s 2003 kit when they were crowned the continent’s best team for the inaugural Asian Champions League, marking their most victorious championship to date.

Commenting on this launch, Rayan Yaslam, Emirati midfielder at Al Ain FC, said:” I am so excited to enter this season with a kit that was inspired by Al Ain’s record-breaking win back in 2003. That glory is a reminder of the true potential that this team has, and I can’t wait to see what this season has in store for us.”

The new kit integrates innovative Aeroswift technology alongside a blend of its signature purple and gold colors. Al Ain’s white home shirt features a V-neck collar with its iconic purple stripes and signature golden swoosh. The club’s away jersey is embossed with the same design with a black base instead. The kit is complemented with purple shorts and white socks.
Al Ain will debut the new home kit against Khor Fakkan in the Arabian Gulf League on October 17 and will be in-store along with the away kit starting October 21 at authorized retailers for 399 AED.