Al Ain Squad is at Its Best.. Mohammed Ahmad: We Will Not Let Down the Boss Fans This Season 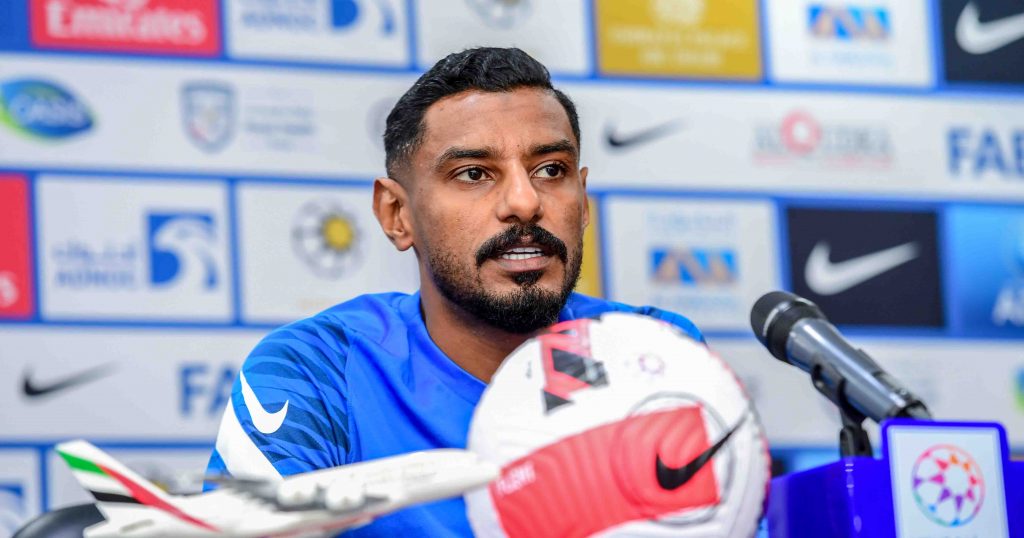 Al Ain squad is fully ready for the matchweek 3 of ADNOC Pro League against Bani Yas, and the players know well what they are meant to do on the pitch, Al Ain defender Mohammed Ahmad stated in the pre-match press conference dedicated for his team’s against Bani Yas scheduled to be held on Saturday 11th September 2021.

He added: “Sights are set to keep going on the track of victories as for me victories are important than performance, which improves gradually. So we hope that things will be well and win the home team and the match’s three points.”

Ahmad Mohammed stressed that Al Ain is at its best in the current season, and any player misses any match for whatever reason, there is a competent substitute on the bench. “The 26-player squad is in form and ready to play any match. Indeed, all players are waiting impatiently to be in the first starting lineup to defend the Boss badge.”

“The fans were not satisfied with the team’s performance in the past season, but the Boss proved themselves this season to be different. We are fully determined to continuously improve our performance and achieve positive results to make the “No.1 in UAE”, i.e., Ainawi Nation, happy. They keep supporting the team regardless of the circumstances we are facing. We all promise the fans that the team will not let them down this season,” Ahmad Mohammed said.

As for the team’s preparations for matchweek 3, he said: “I hope the international players rejoin the squad at their best and in form. Indeed, the majority of the international players were included in the starting lineup of the national teams as the matches they played were critical in this stage. Unfortunately, Ahmad Barman was the only player who did not play any match, but he is a professional player, and he is up to it.”