Al Ain Team is Significant for their Big Grassroots.. Erik: I Accept Criticism Gratefully and Promise the Fans to Fight for the Boss’ Badge 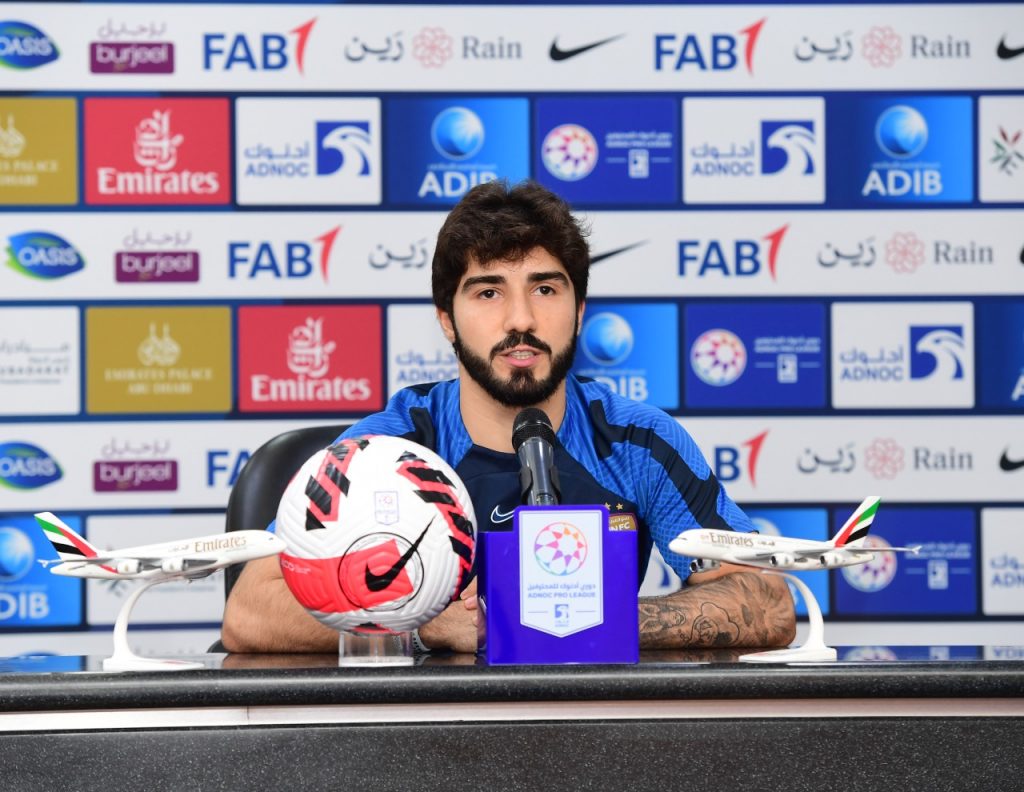 Al Ain Team’s player, Erik Jorgens, stressed that the players have been working hard this week to correct all mistakes committed by them during the previous match.

In the pre-match media conference held today, he said: “I would like to thank the loyal fans and the massive number of the team’s grassroots for their dedicated efforts in support of the team during the recent match.”

Erik expressed his sincere wish that they would continue supporting the team and that such grassroots is what distinguishes big teams, such as the Al Ain Team.

He pointed out that he looks forward to winning all matches, starting with the next game and that seeing the Ainawi fans behind the team will be the most incentive for the players to boost their efforts.

Commenting on a question on the fans’ dissatisfaction due to negative results of the team, he said: “For sure bad results are always annoying for the fans and all members of the big clubs. However, as I stated earlier, we worked hard to avoid all mistakes committed in the previous matches.”

Erik also stressed that the players got together and discussed points that would improve the team’s performance in the coming matches and back to victories.

He insisted that all the players vowed to show their genuine character in deeds, not words and that they will prove that on the pitch.

Al Ain player stressed that he accepts criticism, mainly introduced by the Ainawi fans, while pointing out that “next match you will not see different Erik. I always do my best on the pitch and seek to improve my skills in each match.”

He signed off by saying: “I am sure that all the players will spare no effort in the next match and will fight to defend the team’s badge.”