Assured that Tin Jedvaj Will Be an Added-Value to the Team.. Rebrov: We Identified the Strengths and Weaknesses of the Al Bataeh Team 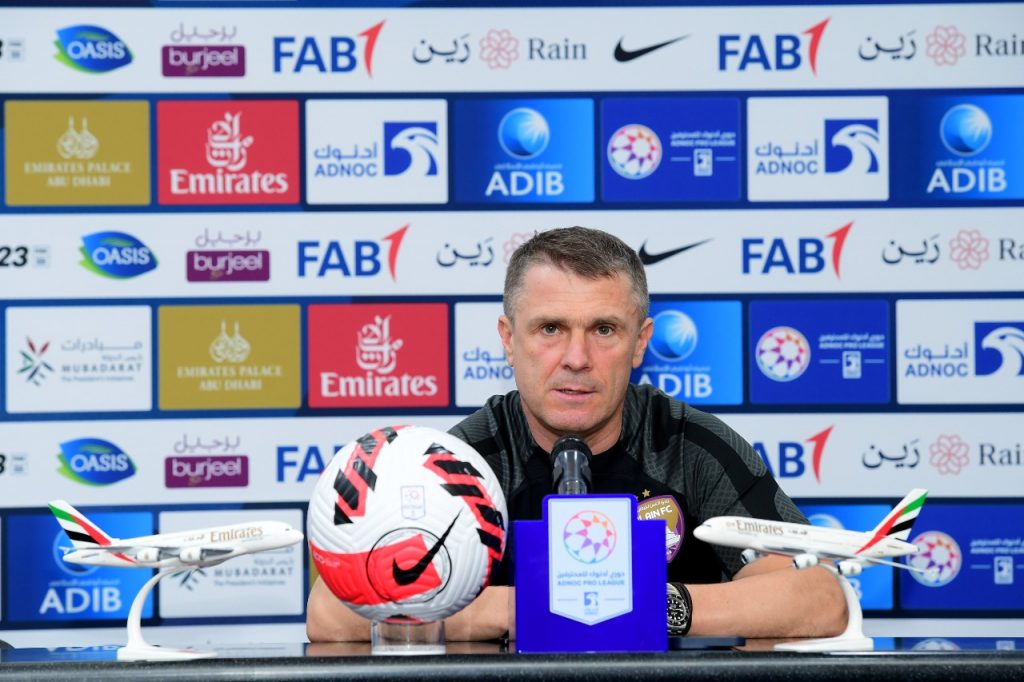 “It is always difficult to resume the official matches after a long break, and this time we experienced different conditions as certain players joined the UAE National Football Team and they have recently joined the squad,” Sergiy Rebrov stated in the pre-match press conference of matchweek 13 of ADNOC Pro League.

The head coach of the Boss squad confirmed that all the players understand well the importance of the league matches and that “this is why we all should focus on each match separately, and our next match is against Al Bataeh Team. Therefore, we must prepare well and seriously.”

He also hailed the support of Al Ain fans, whether at home or away, pointing out that he is sure they will be behind the team in the coming match while stressing that the team must play seriously and be able to snatch the match’s three points.

Commenting on the changes that the opponent witnessed at the level of the team’s management and players since the beginning of the season, he said: “It becomes the norm in our league to hear the news about changing the coaches and players. However, I do not have any concerns in this regard as my target is to introduce facts about the opponent to the players and their playing style.”

Rebrov emphasized that he always draws the players’ attention to show respect to the opponent, considering that if they do not show their genuine and actual skills on the pitch, they will not clinch the match’s points.

He added: “It is always important to focus on our team’s affairs and make use of the chances to score goals. The players created massive chances to score, but they were not lucky enough to turn them into goals.”

“I believe it is important to focus on our team’s performance in the next match, and we did explain to all the players the opponent’s strengths and weaknesses,” he said.

Commending the quality skills of the newly-arrived defender, Croatia’s Tin Jedvaj, said: “He enjoys vast experience with a recognized record of matches. He has quality skills, and he will definitely assist his teammates.”

He pointed out that any new player needs time to adapt to his teammates, but Rebrov sees that Tin is adapting swiftly and understands the style of playing of the squad, hoping that he will show his genuine professional skills in the next match.

Commenting on questing regarding the players who might miss playing the next match due to injury, he said: “There are many injured players, and I pray to finish the next match with no more injuries as we are currently suffering from this issue.”

Sergiy Rebrov signed off by saying: “We will rely on fit players who are ready to play the next match and hope not to have more injured players.”