Danilo: I Favored Al Ain Club’s Offer Over Other European Clubs’ for Valid Motives.. I Look Forward to Joining My National Football Team Via the Gate of the Boss of UAE Football 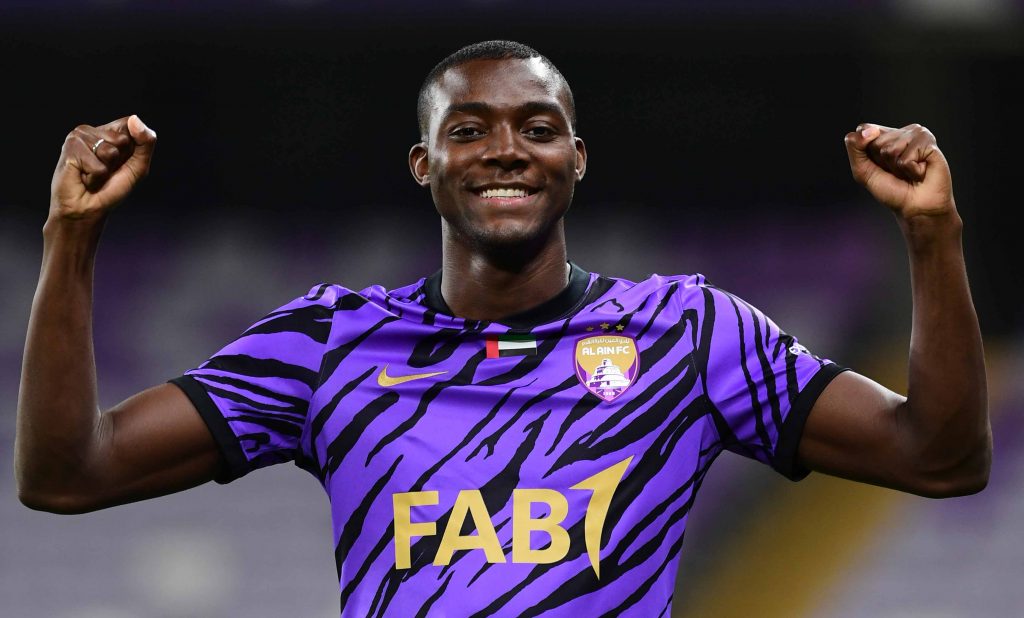 In an exclusive statement, the Colombian defender Danilo Arboleda expressed his pleasure and pride for wearing the Al Ain Club badge while stressing: “I would like to thank the coach and management for the confidence they have placed in me to defend the Boss badge of one of the biggest and best clubs in Asia. I promise everyone to work hard and show the fighting spirit to be up to everyone’s expectations and confidence.”

He went on to say that he heard about the Al Ain Club since 2018, confirming that he knows the team well as the world news spotted the lights on this team who defeated the best and reputable teams to play the final match against Real Madrid in FIFA Club World Cup- UAE 2018.

“The Al Ain Team attracted the attention of all football lovers for their enthusiasm, fighting spirit, and strong desire that dominated the squad’s performance. Indeed, the “Boss” squad introduced themselves as one of the best and biggest clubs in Asia and earned the respect of football fans all over the world,” Danilo said.

The newly arrived defender stated that he toured the Hazza bin Zayed Stadium. He said that seeing this masterpiece stadium proved to him that he did join one of the biggest clubs in the world, given the enormous potentials and world-class sports facilities. However, he could not prevent himself from repeating that he was so pleased to join this big club.

When asked about the ambitions he looks forward to achieving with the Boss, he said: “I certainly came here to contribute with my fellow players to achieving great accomplishments and standing on coronation podiums. You could realize the sound planning and great professional work. This was evident during the negotiation phase stage with the Club’s management. Goals were plainly set, i.e., furnishing all the grounds to win titles.”

Regarding the media reports that associated his name with other Gulf and European clubs, he said: “Yes, indeed. I received offers from several European clubs, but I felt that Al Ain Club has a serious desire to have me on board. Add to that, my family and I were so happy due to the Club’s professionalism in handling the details of the contract and based on that; I decided to join the Al Ain Club. Again, I am so happy to join the Boss of the UAE football.”

He added: “As I stated earlier, I received a prestigious and professional treatment and hospitality upon my arrival to the UAE. The administrative staff and coaching team spared no effort to help me.”

Danilo also indicated that he was surprised he visited Hazza Bin Zayed Stadium. “I was impressed, although I played in the European Champions League, I did not see any other sports facility enjoying such a luxury. Indeed, you are talking about a club with three football stadiums of international standards. So naturally, my personal ambitions when I play with a big team like Al Ain is to work hard to perform honorably and achieve the goals of the team’s management and the aspirations of the loyal fans.”

Concerning the most significant milestones in his professional career, he said: “I believe that the most important milestone in my career was participating in the European Champions League and playing against teams like Real Madrid, Inter and Shakhtar. We played such matches as pair-to-pair teams of equal level. We had the opportunity to qualify, and on a personal level, I benefited a lot from the experience of playing in that championship.”

As for the secret behind wearing jersey#5, he said: “I believe that the secret behind choosing this number was when I played two years ago with Asociación Deportivo Pasto Team. I was wearing the number “5” jersey, and at that time, I had a wonderful season for me and my team, who qualified for the final match. I played with a wonderful group at that time and had a great season. This is why I preferred to wear the number 5 jersey shirt as it is associated with embracing glory.”

The Colombian defender, Danilo Arboleda, is famous for his great potentials and seriousness. He is known as a sorcerer-defender. He was born on 16 May 1995, in the Sant’Antonio region of the Colombian city of Cali.

Arboleda made his debut for Deportivo Cali in the Categoría Primera A on 12 February 2015. He has later played for four other clubs in the Colombian top division, namely Patriotas Boyacá, América de Cali (2018-2019), La Equidad (2018-2019) and Deportivo Pasto (2020). On 1 February 2021, Arboleda signed for Moldovan National Division club FC Sheriff Tiraspol and currently, he signed to Al Ain Club.