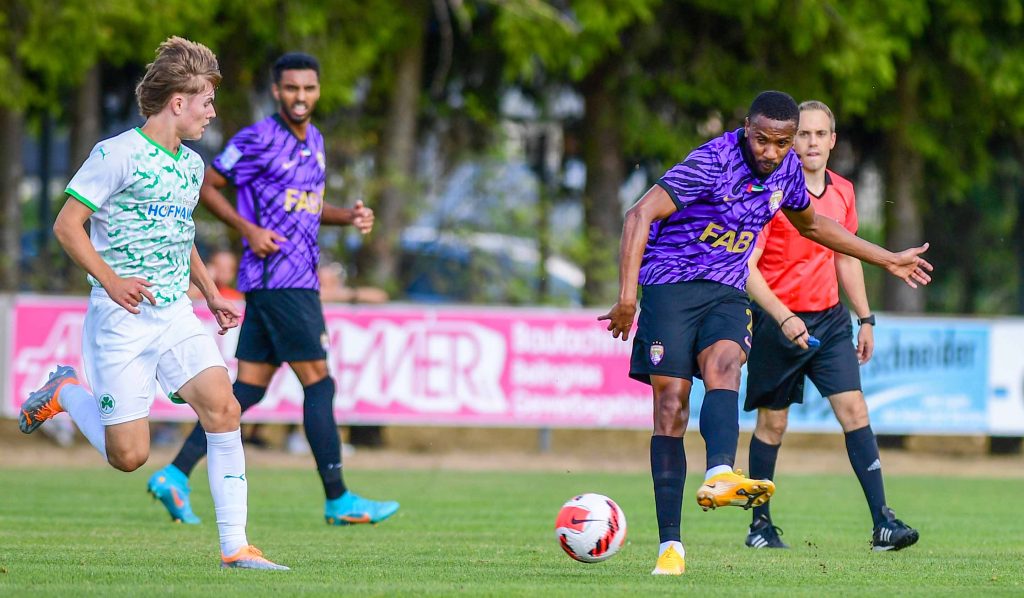 This morning, the Boss squad conducted the first training session at the football field of the team’s away training camp in Austria.

Rebrov dedicated the morning session to conducting exercises of physical training and developing muscle strength under the supervision of the coaching and medical teams. Following the end of the training session, the players underwent recovery programs to release muscle stress after their tough morning session.

The Boss squad is scheduled to perform the second training session at 6:00 pm today, followed by a recovery session.

Noteworthy, Al Ain Team stands ready to play the fourth friendly match of their away camp scheduled to be against Saudi Arabia’s Al Fayha FC. The game will be held at 08:00 pm per Abu Dhabi local time (06:00 pm Vienna local time) on Thursday 4th August 2022.

The Boss squad played three friendlies against Hankofen-Hailing and Greuther Fürth of Germany’s 4th division league. Al Ain Team won the home teams 1-0 and 2-1. The third friendly match was against Saudi Arabia’s Abah, in which Al Ain Team was held at a goalless draw.

In the same context, Al Ain Club announced this morning via its official online platforms that the contract of the Tunisian “international” player, Yassin Meriah, amicably. Furthermore, the Al Ain Club addressed an appreciation message to the Tunisian player wishing him all the best of success in his future career.