Extended His Sincerest Compliments to the Club’s Senior Management.. Abdullah Ali: The Boss Enjoys Features of Renewable Energy and Relies on the Team’s Spirit in Giving and Not Names 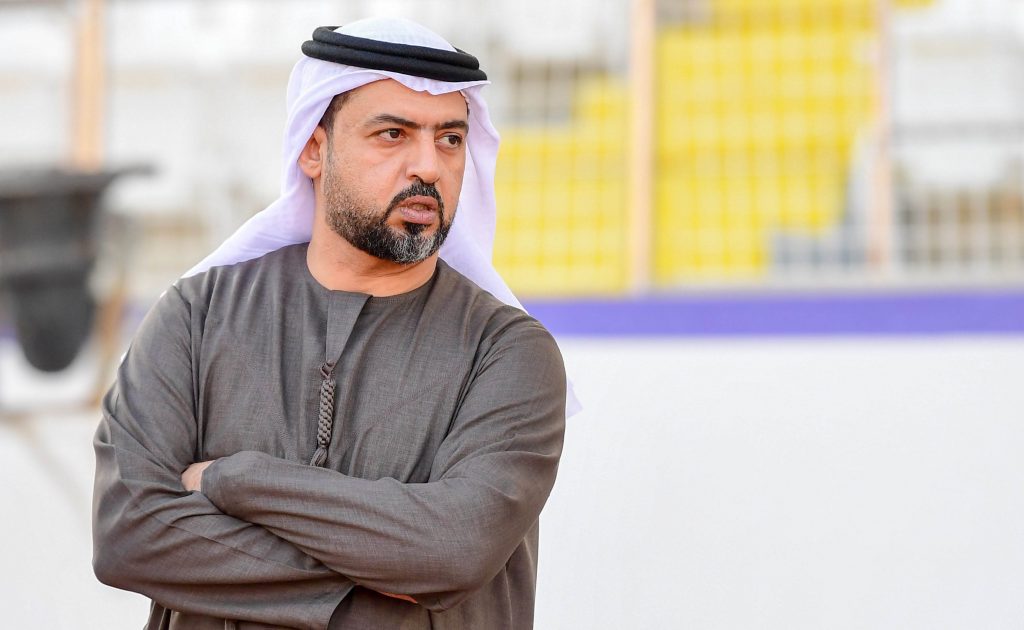 He pointed out that they were committed to proceeding and realizing all pre-set objectives following a clear vision and successful strategic plans.

He added: “The absolute commitment of the players, the coaching teams, and everyone who belongs to the Al Ain Club to the strategic plan that defined the tasks of everyone to serve the great project. It is the project established on the principle of continuing to overcome the challenges in line with the vision of this lofty sports entity.”

“The Club’s vision aims to consolidate the concept of renewable energy in a team that does not depend on specific names as much as performing well and defending the Club’s crest at home and away events. We worked hard to have an integrated and balanced team with a strong personality, a team capable of conquering circumstances by keeping pace with the signs of development to stay on the coronation podiums.” He said.

He pointed out that everyone in the Club worked from his position and had an influential role, starting with the Pro Committee members, passing through the Analysis and Statistics Office, the staff, and everyone connected with Al Ain Club.

The Al Ain Team Supervisor congratulated the Ainawi Nation on the Club’s two accomplishments and added the 37th title in the history of “Boss” to the cabinet of cups.

He put an accent on the critical role that the loyal fans have played in winning the two titles and being crowned with glory throughout the Club’s history.

In response to a question on the team’s method of playing their remaining matches after winning the league title yesterday evening, he said: “Absolutely, the team will work to go on per its strategy in dealing with all matches. All the squad players desire to accomplish their mission as planned and will continue fighting until the end of this season.”

Regarding the surgery that the first team player, Mohammed Abbas, will undergo, he said: “It was decided that the young player and good man, Mohammed Abbas, will undergo surgery in the cruciate ligament in London. Then, he will kick off the rehabilitation program in the UK. He is scheduled to leave in the coming days to London, and we wish him a successful surgery and speedy recovery.”

As for the team’s preparation program for matchweek 24 against Al Nasr, he said: “As I mentioned earlier, the champion team must maintain its strong personality, and everyone understands the importance of continuing to provide decent performance on the pitch. We have to complete what we have started until the end of the season.”

Abdullah Ali signed off by indicating that the head coach granted the players a 24-hour break, and tomorrow they will resume their training sessions in preparation for the team’s upcoming match against Al Nasr.”