Hailed the Squad’s Performance and Stressed the Importance of Keeping Focused.. Al Darmaki Meets the Boss’ Stars After the Training Session 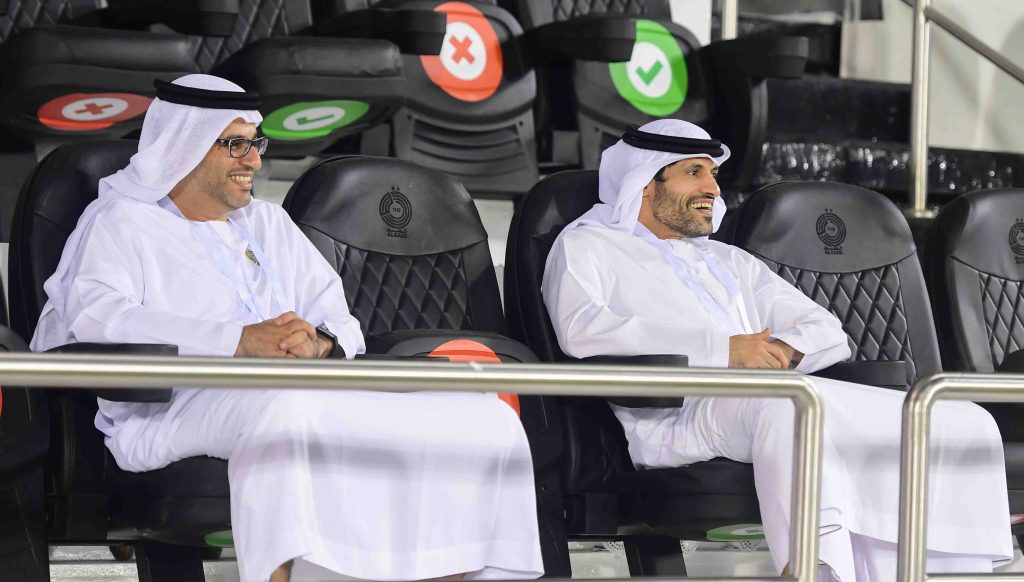 “The Boss” training program came this evening in two phases

Dr. Matar Rashid Al Darmaki, Chairman of the Al Ain Football Club Company, held a meeting with the team’s players and coaching teams following the end of the training session supervised by the head coach.

The meeting was attended by Majid Al Owais, Board Member of the Al Ain Football Club Company, and members of the Boss mission participating in the remaining playoff and final stages of the AFC Champions League-2020 per the new regulations adopted by the Asian Football Confederation due to the breakthrough of COVID-19.

Al Darmaki expressed his feelings of pride and honor for the team’s decent performance in the round 3 match of ACL-2020. “Indeed, everyone was so keen to show his fighting spirit, responsibility, and genuine desire to achieve the best result. It not unusual for Al Ain Squad who enjoys the strong charisma and the significant performance in all ACL editions.”

“It is a fact that Al Ain deserved to win the match three points; however, the one point is also important before playing round 4 matches,” he added.

He also pointed out that “we do trust the high-quality skills of the player and coaching and administrative teams to keep going with such stunning performance. Our first official match in this new season is something of the past.”

Al Darmaki concluded his statement: “The mission is not easy, but you all proved that you are up to it and deserve to defend the Boss’ crest despite the team’s is not fully ready yet. It is simply because you are heroes and could achieve your Club’s objectives and make our fans happy.”

He greeted all the players and mission members, wishing them all the best and winning all the upcoming matches.

On the other hand, “The Boss” training program came this evening in two phases, the first one was with the participation of all Al Ain FC players in GYM, and the session was limited to training programs for recovery from the great effort that the team made yesterday. The second training was for the players who did not enter the match last night and training was held at the training ground designated for Al Ain by the AFC.