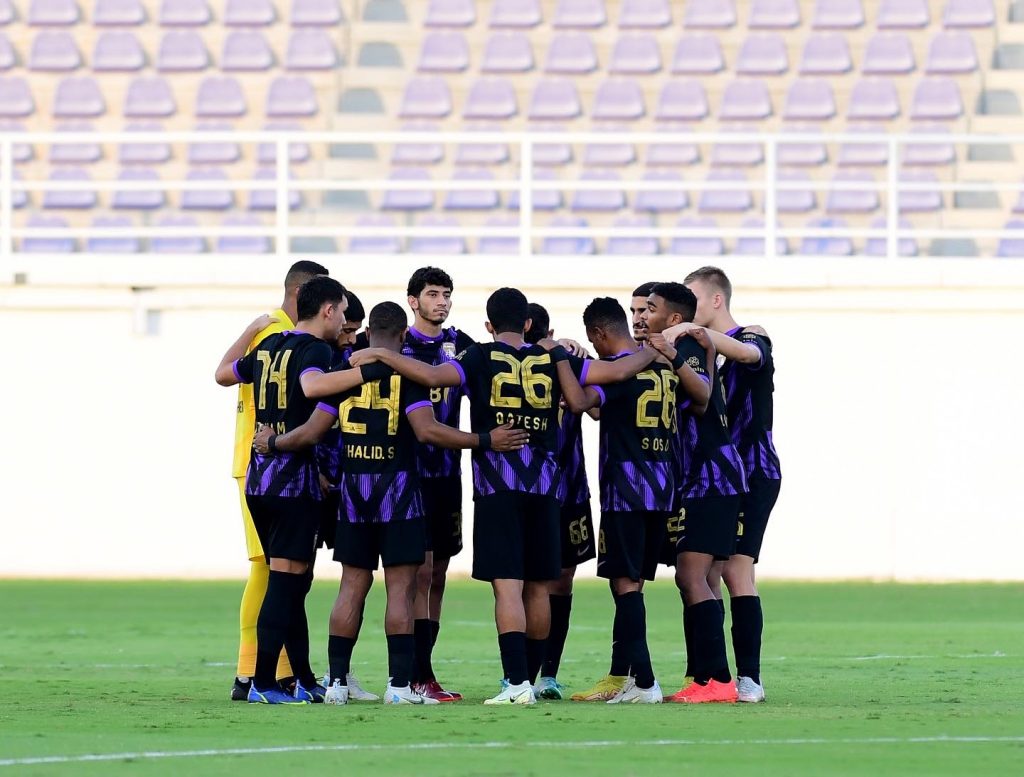 Al Ain U-21 Team was held at a 1-1 draw by Khorfakkan Team in matchweek 9 of PLC U-21 League. The match was held at Saqr bin Mohammed Al Qasemi Stadium on Saturday 5th November 2022.

The first half ended while the scores screen shows the result of the match 1-1. The Boss squad socored at “45” by Yousef Ali by mistake in Khorfakkan net while the home team scored at “3 by Al Al Mutawaa.

The match referee sent off Khorfakkan player Rayyan Eforgi with a red card in his pocket at “49” after giving him a second yellow card.