Made His Official Debut in the Training Sessions.. The Boss Finalized Registering Erik as a Resident Player 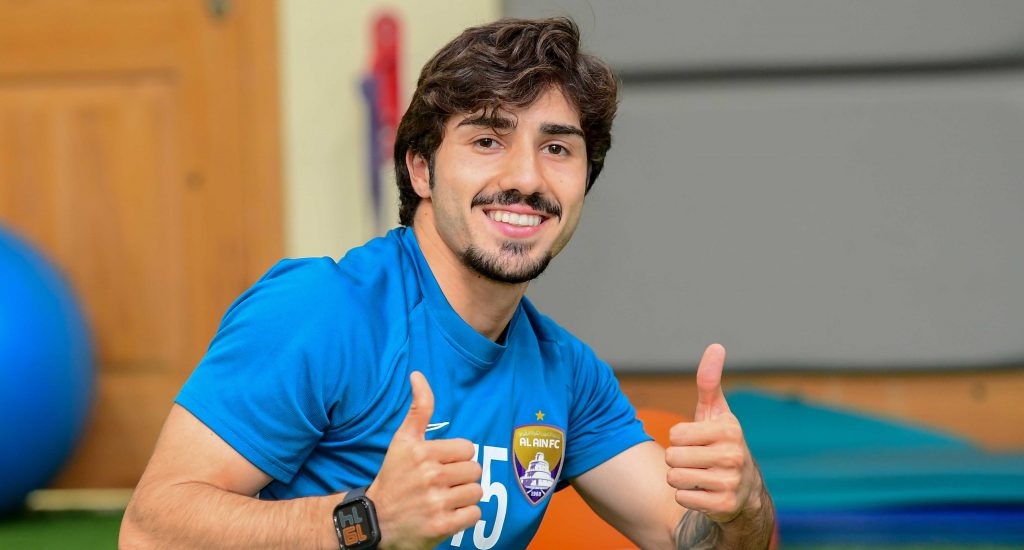 Noteworthy, the Brazilian player arrived in UAE last week. Upon his arrival, he was subject to a Coronavirus screening test twice along with other comprehensive medical checkups per the medical protocol and the procedures approved by the Medical Committee of Al Ain Club. He was locked down at home also for seven days before joining the team’s training sessions.

The 19-year-old left-back joined The Boss from the Brazilian club SC Internacional on a three-year deal and made his official debut in the team’s training sessions on Wednesday 29th July 2020.

On his part, Islam Khan stated: “I would like to thank the Al Ain Football Club Company and head coach for their highly appreciated trust in my skills to join the Boss squad.”

Erick stressed: “Today, I have a new challenge as I am playing for one of the biggest clubs in Asia given my aspirations will not sour below the skies.”

He concluded his statement by wishing that he would meet the coach’s expectations, the management of Al Ain Club, and the Ainawi Nation. I hope I would be lucky enough to perform well in line with my aspirations.”