Majid Al Owais: Al Ain’s Radar Spots A “Super” Player.. Ready to Cope with All Possibilities and Kicked off Preparations for Away and Home Summer Training Camp 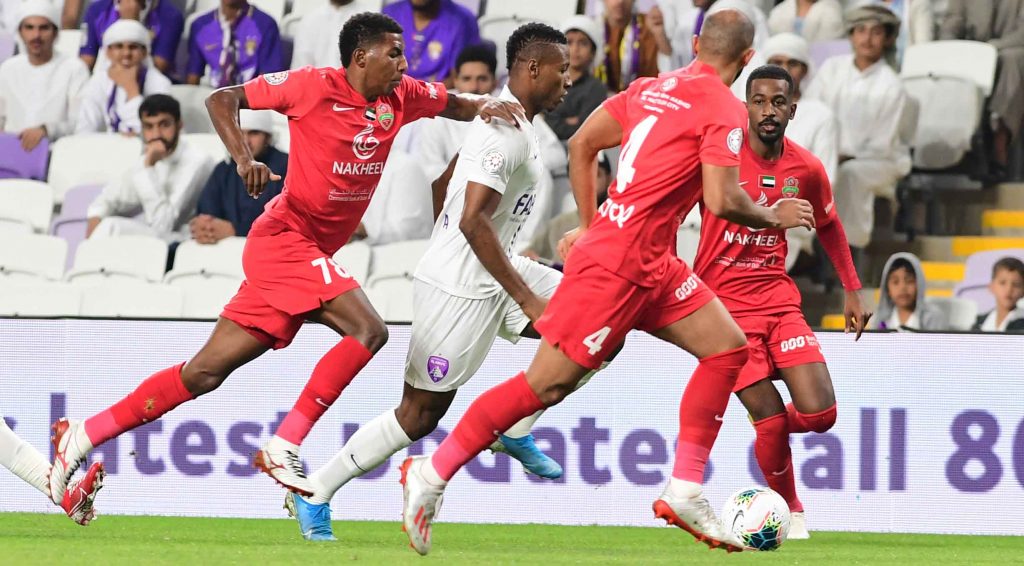 We Had Negotiations with Dutch Winger, Masaba, to Join Him to The Team as a Resident Player

Home Offers to Transfer Andrija, Jonatas and Siraj in Loan as They Joined Al Ain U21

Al Owais went on to say that Lima enjoys high potentials and skills and is a precious asset for any team, and Al Ain and Al Wasl enjoy long-standing historical relations. “Al Ain head coach has identified his requirements for the new season that best serve his technique in the next stage, particularly the AFC Champions League 2020. The latter is one of the targets of Al Ain to defend the name of the UAE Football.”

He further explained that there is more than a player defended the badge of both teams, including Mohammed Omar and Iran’s Firhad Majidi, who joined Al Ain Team in exceptional circumstances with the consent of Al Wasl FC in 2003 and played in the AFC Champions League. “Also, Ali Mssari, Salim Abdullah, Ahmad Al Shamesi, Hazza Salem, and Salem Al Azizi were transferred from Al Ain to Al Wasl. This proves Al Ain- Al Wasl strong relations.”

As for the news’s validity on the offer made by Al Ain to have Lima onboard against an amount of money, along with several Al Ain players in various positions, he said: “This is not right, and all the news are invalid. As I stated earlier, the letter addressed to Al Wasl was no more than an inquiry if Al Wasl has the intention to sell the player’s card. However, all the news was rumors and unfounded interpretations.”

Meeting
In response to a question on the most prominent dossiers discussed by the Professionalism Committee meeting that has been held online this current week and attended by Portuguese Pedro Emmanuel, he said: “Actually, several dossiers were discussed, especially the team’s preparations and the coach’s needs in the next stage. It is Pedro Emmanuel who always queries about the date for resuming the League and the AFC Champions League.”

Al Owais added: “Al Ain’s goal is crystal-clear in the next stage, both locally and continentally, despite the team’s loss in the first and second rounds of the AFC Champions League 2020. There is a tendency to support the team’s lineup as per the coach’sneeds. We pray to God to qualify to the next stage, given that Al Ain’s chances are still there once a decision is taken to resume the competition.”

Commenting on a question about the “scenarios” discussed regarding the team’s summer training camp, he said: “Indeed, there are several possibilities, and the initial reservations have already been made. The first scenario is to hold the training camp outside the UAE due to the high temperatures. As you know, during away camps, the head coach usually prefers to hold intensive training sessions twice or three times. This is why the camp should be held outside. The other alternative is to hold the camp in Abu Dhabi.”

Al Owais stated that under the lack of clarity in determining the actual date of resuming the league, while the preliminary reports indicate it would be resumed by the end of August 2020, it was decided to make all arrangements ahead of time.

“As Al Ain is a strong competitor for the title, it was decided tokick off the pre-season preparations by conducting the medical checkups on 20th June 2020 and the training camp to start on 1stJuly 2020. Of course, we would adapt to any changes to the training camp dates as per the vision of the coaching team to prepare the team as planned,” Al Owais said.

Al Owais responded to a question on the foreigners’ dossier, considering that many names of star players are associated with the Club in both the summer and winter transfer market, he said: “The decision was taken to keep the Japanese Tsukasa Shiotaniand Togolese Laba Kodjo. The head coach also recommended keeping Islam Khan with some options available on the table if negotiations with the player reach a dead end. The head coach prefers to replace the Hungarian Balázs Dzsudzsák by a right-winger or the one who enjoys the skills to play as the right or left-winger. If Islam leaves the team, then the coach would need a midfielder.”

Concerning the media reports stated that Al Ain entered in new negotiations with Egypt’s Al Ahly defender, Ali Maaloul, and his Swiss coach René Weiler, he said: “Such news is no more than rumors. Tunisia’s Maaloul is a skillful player but was not part of Al Ain options at all, and the same applies to Weiler. Al Ain has a capable coach who achieved excellent results with the team, and under his command, we are qualified for the final match of the President’s Cup. Also, we are currently placed second in the standing table of the league away by 6 points of the top team, and still, we have a match with the top team that might reduce the gap into 3 points.”

Responding to a question on Caio Canedo and whether the Club Management has received any offers to buy the player’s card, he pointed out: “Yes, we did receive more than one offer to buy Caio’s card, but the team’s coach stressed the importance of keeping the player because he serves the team’s style of playing. Also, in the event of Laba’s absence, Caio is his appropriate replacement.”

“In his technical report, the coach listed all team’s requirements, including left-back and a right or left winger along with a center back,” Al Owais stated in response to a question on the local players’ dossier.

He added: “Most of the names available have valid contracts with their clubs, and Lima is one of these players. The decision has been taken to contract a highly-skilled resident left-back, and we are in direct negotiations with Dutch Antonio Masaba, “19 years”, player of the NEC Nijmegen Club of the second division of the Dutch league. We are determined to contract with a “super” player, and we pray to God to succeed in finalizing the contract with a left-back, besides a player who enjoys the skills to be a playmaker and plays as a right and left-winger.”

Commenting on a question about the Club’s contracts with resident players in the past stage, which were not up to expectations, he said: “Indeed, the resident player must fulfill all the conditions to register him in the Club’s lists, and one of these conditions stipulates that the player never played for his national team.”

“It is well-known that elite players always join their national teams, and rarely we have distinguished players who did not play for his country’s national team. However, we would spare no effort to single out such players who joined their national teams but did not play any official match. We hope to succeed to contract with a left-winger and the one who enjoys the skills to be a playmaker. The head coach prefers to contract with a national center back as he is convinced that Shiotani and Rafael are the best players on the left side,” he said.

As for the resident players transferred on loan to other teams and those currently available with the team, he said: “Omar Yassin did well this season under the command of Pedro Emmanuel, who allowed him to play in the starting lineup of the first team. Also, Rafael showed a distinguished level in the matches he played, and the coach recommended renewing his contract. As for the Brazilian Juntas, Sudanese Siraj, and Serbian Andreja, they will join Al Ain U-21 team, and we have already received to be transferred on loan to other clubs.”

Al Owais concluded the interview by shedding light on the fact that Al Ain fans are the player No.1. “Once we start thinking about contracting with any player, we always keep in mind the aspirations of the “Ainawi Nation.” Therefore, we seek to have the best players who could gain the fans’ confidence and be of an added value to the team.”