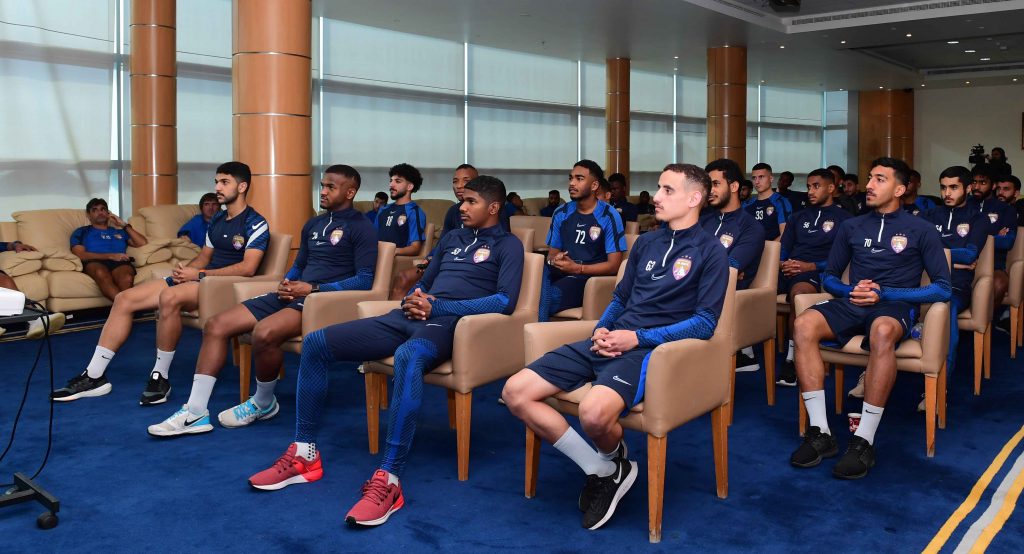 Dr. Rahima: Media Sports is a Ley Partner in the Successes and Failures of Clubs and National Teams

The two-day training program was held at Khalifa bin Zayed Stadium – VIP Lounge. The lecturers tackled two key themes: the sports media and the significance of digital media in the athlete’s life.

Dr. Sawsan Taha presented the golden rules for dealing with social media platforms and the importance of digital media in the athlete’s life.

Both lecturers were keen to advise players of different group ages on how to deal with the media and the optimal use of social media platforms.

Dr. Rahima Aissan hailed the critical role played by the Board of Directors of Al Ain Football Club Company and PLC in consolidating professional concepts by involving players of all ages in training and awareness programs in various fields. Furthermore, she praised the remarkable interaction of Al Ain Club’s players and their prominent presence in the media training program.

The Dean of the College of Communication and Media at Al Ain University stressed the importance of the role played by the media in victories achieved by the national teams and sports clubs. She emphasized that “such achievements and championships contribute by the end of the day to raising the name of countries high in “international” events for the media is always a key partner in successes and failures of any team.”