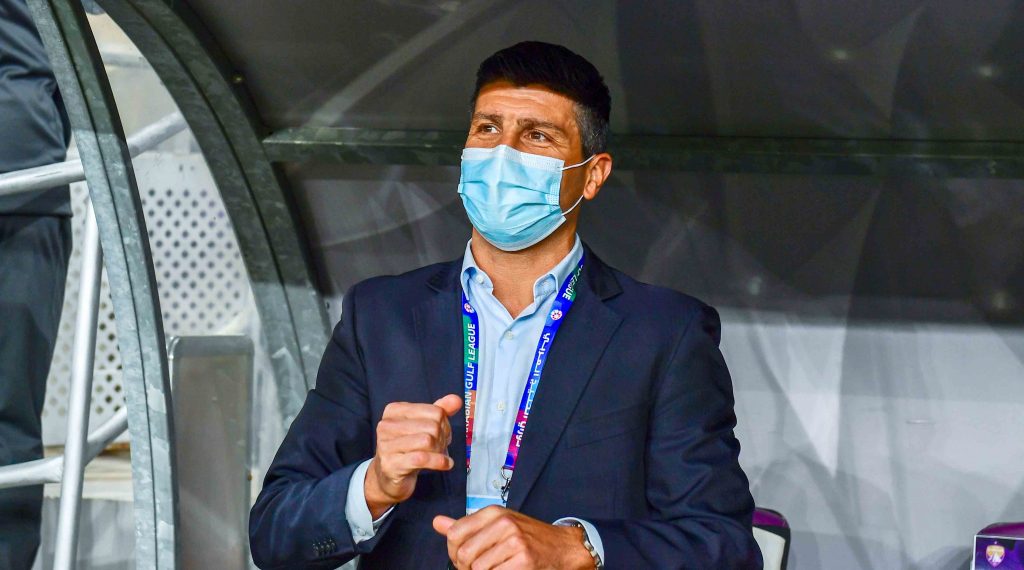 Portuguese Pedro Emmanuel, Head Coach of Al Ain First Team, opened the post-match of matchweek 1 of the Arabian Gulf League against Khorfakkan FC by congratulating his players for such a stunning starting point in the team’s first match and snatching the first three points by winning the guests 2-0.

He stated that the match was difficult, but the players performed well during the whole minutes of the game, even during the match’s critical moments.

“They focused on achieving the pre-set goals, i.e., to score and maintain our sheet clean as of the kickoff whistle until the last minute,” Pedro said.

He hailed the young players’ performance and expressed his pleasure to have them in the first starting XI list. “Five players of the starting lineup are under 22 years old. They need the opportunity to improve their skills. I believe Rayan’s return into form after a long period of not playing due to his injury is one of the great gains we have achieved. We have Mohammed Khalfan, who suffered a serious injury, but he is back better than ever. We have to keep going with such great performance.”

As for the penalty kick awarded to Khorfakkan, he said: “Indeed, I was away and did not see it well, but since the VAR decided it was a penalty, then I have nothing to say about it.”

He signed off by saying: “The most important thing is that we kept scoring even in the dying minutes of the match. We dominated the match, and I am satisfied with this fair result.”