Pedro: We Were the Best Until the 70th Minute of the Match 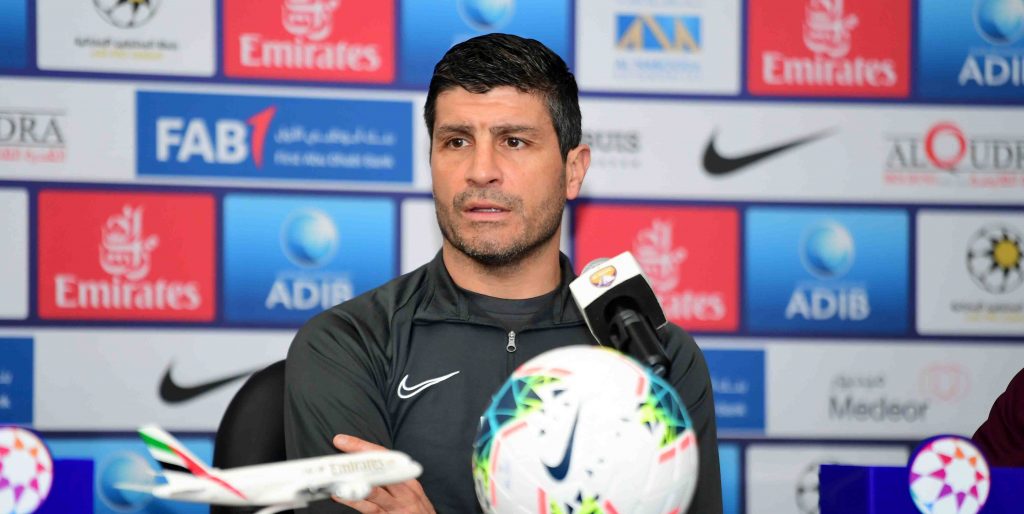 “If you ask me to summarize the match, it is a straightforward task. We came here showing respect to the home team, who is next to us directly in the standing table. However, we are Al Ain, who plays according to the high principles,” Pedro Emmanuel opened the post-match press conference of matchweek 19 of the Arabian Gulf League held at Mohammed Bin Zayed Stadium against Al Jazira which ended by losing to the home team by 3-1.

Al Ain head coach added: “I feel disappointed not because of my team’s players. We played an exciting match, and we dominated the match until the 70th minute. We possessed the ball, had more chances to score, and got more corner kicks, but instead of playing 11 players against 11 players, we were 10 against 11, and by this Al Jazira defeated us.”

Pedro stated that the whole world is experiencing tough moments and that his team tried their best and played good football and that Al Ain players were the best until the 70th minute of the match.

Responding to a question on his team’s chances to stay in the competition circle following losing to Al Jazira, he said: “If we look at the situation from the perspective of a simple team, I believe we are away from the top spot. On the other hand, if we deal with the issue as a big team, and this is the reality, I believe it is not that difficult.”

“Before this match, we were required to win all our opponents, including Shabab Al Ahli Dubai. Now, we have to wait and learn from our mistakes and redouble our efforts to be better.”

He signed off: “I am saying this because it is all about the players’ deeds on the pitch and not the words.”