Put an Accent on the Significance of Winning Al Dhafra.. Pedro: We Experienced Hard Times and Fought Until the Last Minute 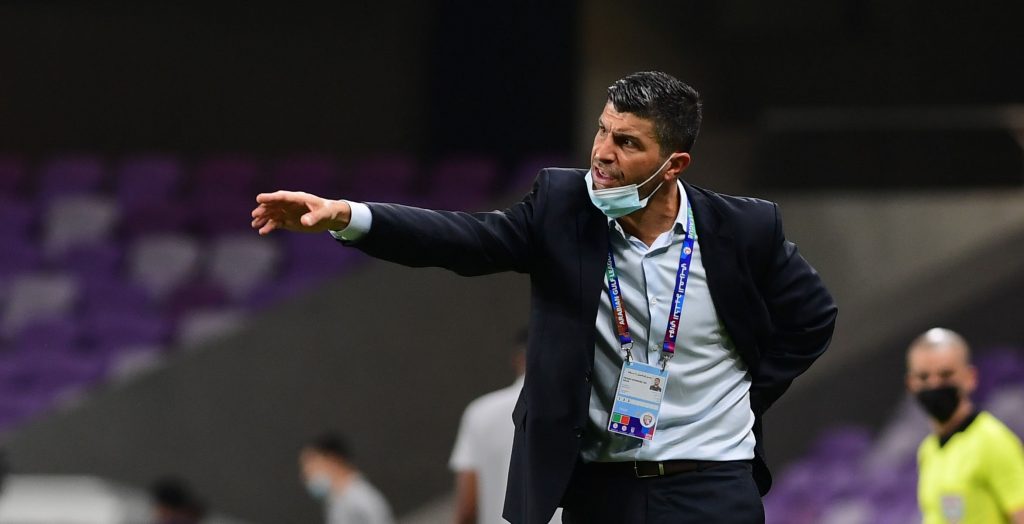 Statistics Showed we had 30 shots on Al Dhafra goal, 15 corner kicks, and we possessed the football by nearly 80%

“It was a difficult match not only for the team but for all of us, given that we lost five points out of six matches. Also, this was the third match only in one week. There was a deep need for this victory,” Pedro Emmanuel, head coach of Al Ain First Football Team, stated in the post-match media conference dedicated for matchweek 5 of AGL against Al Dhafra.

He added: “We started the match bearing in mind we must show our true power as of the kickoff whistle until the end of the match. We did not have a strong start and conceded a goal. Al Ain’s players enjoy self-confidence; otherwise, we would have been affected by this early goal. At any rate, we performed well and achieved an important victory.”

Pedro pointed out that statistics showed that we had 30 shots on Al Dhafra’s goal, 15 corner kicks, and possession was nearly 80%.

“Such figures were evidence our team would win. We are Al Ain! Yes, we experienced a tough week, but the players trained and worked very hard,” he said.

HE signed off by saying that we fought until the last match. “I am happy about the result and snatched the three points. We need some quietness to resume our work.”