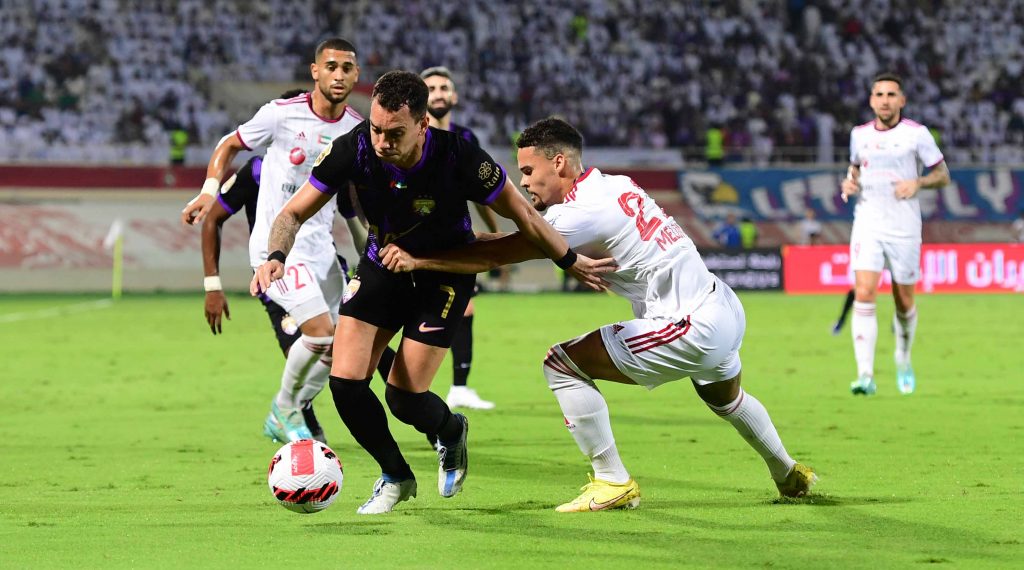 Al Ain squad was satisfied with a 2-2 draw against Al Sharjah by the end of matchweek 10 of the ADNOC Pro League. The match was held at Al Sharjah Club Stadium on Saturday 12th November 2022.

Al Sharjah Team took the lead in the first half by 1-0. Rahimi scored double goals for Al Ain Team at “87-90”, while Al Sharjah scored by Ousmane Camara at “13” and Francisco Alcácer at “77”.

By this result, Al Ain Team added a point to their balance and be “17” points and placed fifth. Al Sharjah’s balance turned to 20 and placed fourth on the standing table.