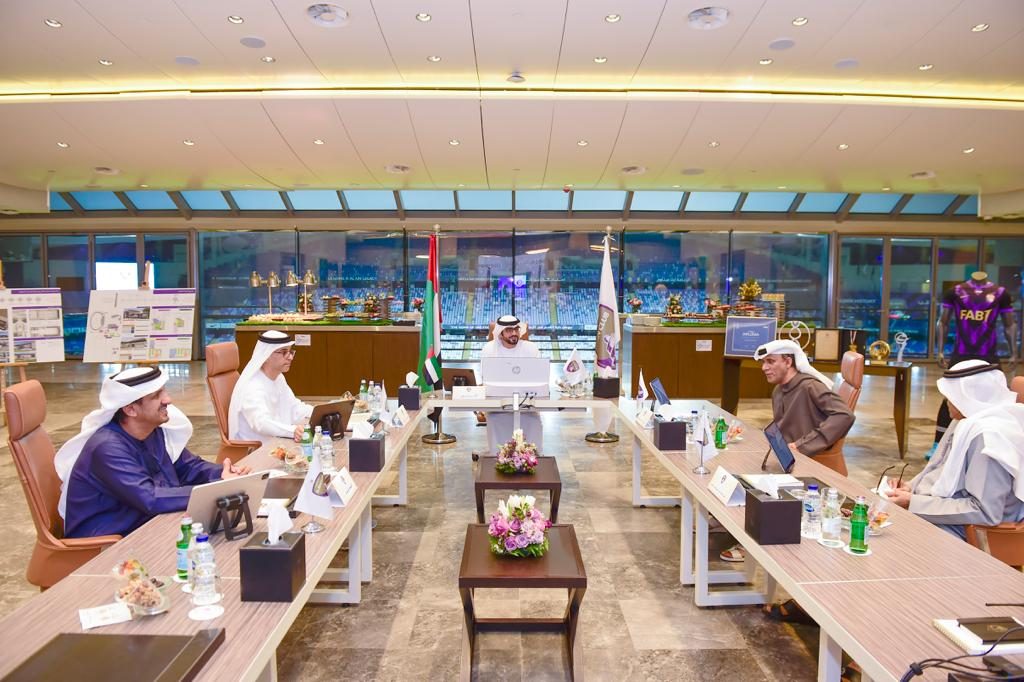 The meeting attendees reviewed the reports on the Club’s strategic plans, its affiliates, and the working mechanism in force this season. They also reviewed the administrative and financial performance reports and the new projects, including the Al Ain Talent Club Hotel Project and the new Gym Hall equipped with world-class capabilities for enhancing physical fitness and rehabilitation programs. The attendees were also briefed about the Academy’s Changing Room Compound project established recently for the junior teams, in addition to the new medical center blueprint equipped with the best medical equipment to provide exceptional services to players and the community.

The Chairman directed to improve the services provided to the Club’s fans and promote community initiatives through effective communication with all entities and institutions to serve the community better.

Moreover, Sheikh Sultan bin Hamdan bin Zayed Al Nahyan stressed out the importance of working to keep pace with the signs of development in all sectors and departments of the Club to achieve the highest indicators of satisfaction of the Club’s customers and affiliates covering all administrative, technical, marketing, information, social and cultural aspects by embracing initiatives channeled to support fans, club partners and all customers.