We Will Fight Hard to Make Fans Happy.. Rebrov: All Set for Our Match Against Sharjah with All Due Respect for the Opponent’s Aspirations 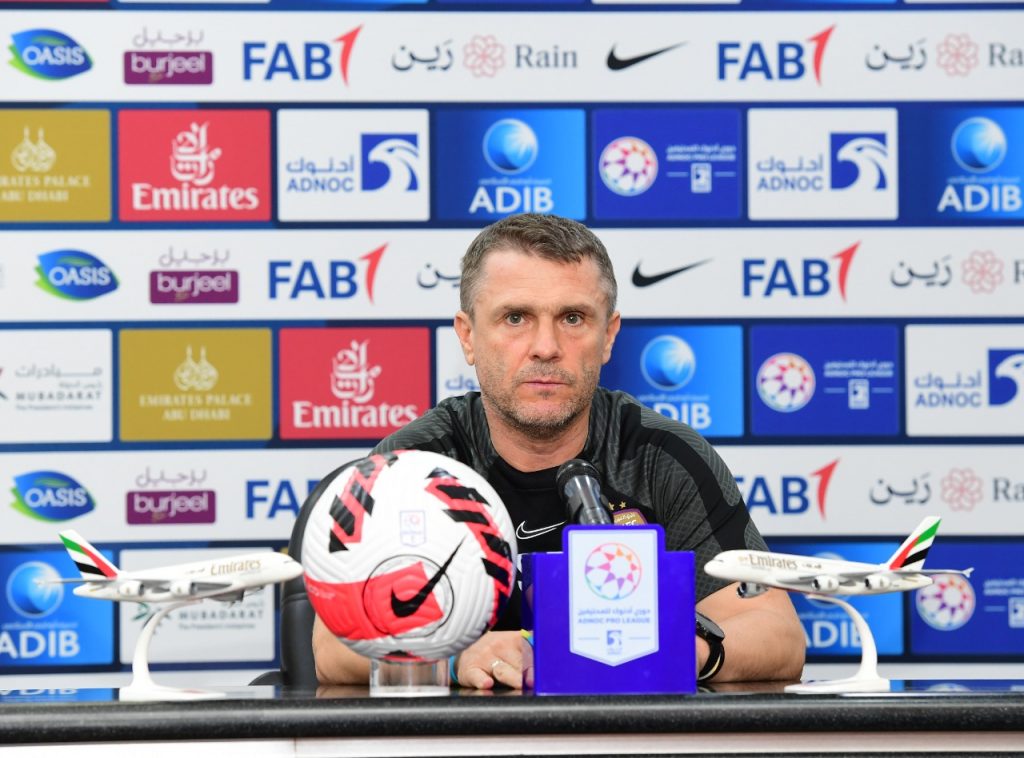 “For me, all matches are difficult. However, there is a difference between playing at home and playing away matches.” Sergiy Rebrov opened the press conference dedicated to his team’s match against Al Sharjah held this evening in Al Ain Club.

The head coach of the Boss squad explained: “In away matches, we miss all our fans as per the PLC regulations that give the home team the advantage to have more spaces for their fans.”

However, he stressed that he has confidence that all fans will come to Sharjah to support the team and promised that the players would fight for them and spare no effort to make them happy.

As for our match against Al Sharjah, he emphasized its importance by pointing out that it is a special match and like a “derby”, given the opponent’s high level of performance in the past and current seasons.

He commended Ainawi fans: “I always say that I feel so pleased to see the fans in any match. I am sure they will come to Sharjah to support the team.

Sergiy concluded his statement by stressing that he is always happy to see the fans behind the team, regardless of the results. He also said: “We play for them and will spare no effort to serve the best interests of our fans and club.”