Sights are Set to Win the Derby Match.. Shiotani: We Must Show the Team’s Strength and Win Al Jazira 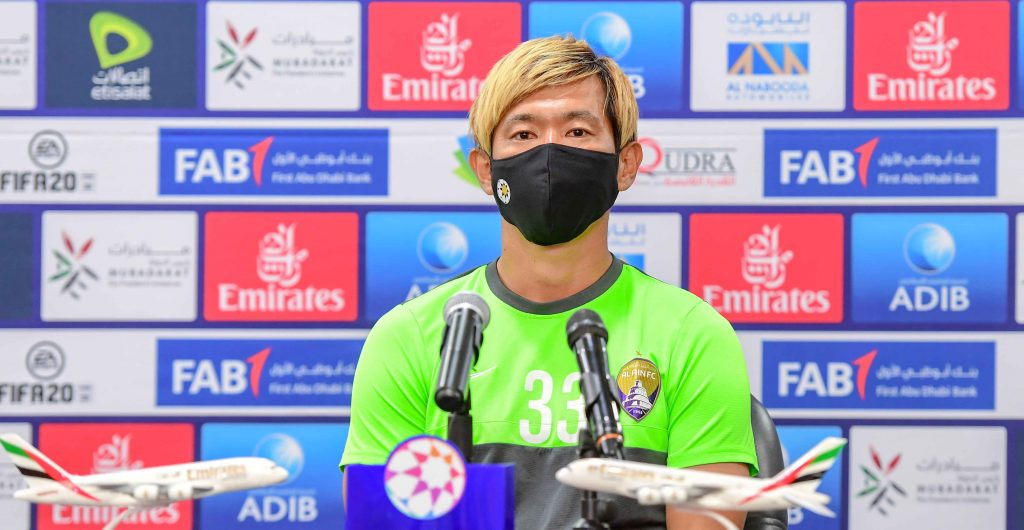 Al Ain’s player Tsukasa Shiotani said that his team’s match against Al Jazira is a big and significant challenge for all the players.

In the pre-match press conference held this evening, he stressed that Al Ain players understand how important this match is, boost their efforts, and show their genuine fighting spirit to win the home team and snatch the three points.

He added: “We all know that this match is more important for Al Jazira than Al Ain. If they win the match, they will put firm hands to win the title of the league. Meanwhile, we will spare no effort and fight hard to win the home team.”

Responding to a question on changes to the team’s lineup and giving a chance for young players to join the Boss squad, he said: “Sometimes you need to give a chance for young and new faces to gain the required experience and boost their self-confidence as they are the future of the team.”

He also stated: “In football, you need to change certain players, and sometimes you miss some players for being injured, but it is not an excuse as whoever wears the team’s jersey must defend the club’s badge and show his genuine fighting spirit.”

He stated that it is his point of view that the players must perform well regardless of the opponent, and all of them should perform 100% on the pitch until the last minute of the match.

He concluded his statement by saying: “I know the fan’s feelings when it comes to derby matches, but Al Ain is a big team with great history and would fight till the end of the season.”