Stressed It is Important to Win Al Dhafra.. Laba Kodjo: We Will Fight for Al Ain’s Crest, Grant Victory to the Injured Players, and Make Fans Happy 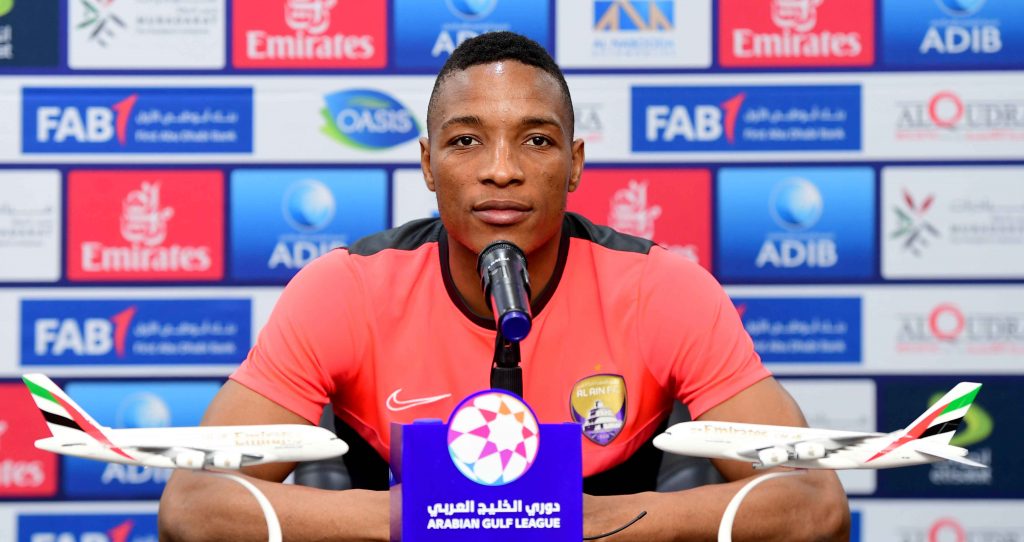 Togo’s “international” striker, Laba Kodjo, stated that his team’s objectives are still the same, and they would fight to achieve them regardless of the challenges they face, and they play to snatch the matches’ three points.

In the pre-match press conference of matchweek 18 of the league, he said: “Our preparations are being conducted per the plans ahead of our away match against Al Dhafra. We know well that our mission will not be easy. They are an organized team and play well, especially when they play at home. This requires us to play with a high level of concentration to win the opponent and more points to our balance and move forward on the standing table.”

Responding to a question on missing individual players in the upcoming game, he commented: “I believe it is not easy. I think when you miss certain key players as if it is punishment for the whole team. As for injuries, it happens in football, and we cannot change such a reality. Therefore, we have to fight with one team’s spirit to defend the team’s badge and injured players who experience difficult times. We must also make our fans happy by winning the opponent and the three points.”