Stressed that Al Jazira Suffers from High Pressures.. Pedro Emmanuel: Our Goal is to Win the “Derby” Match and Back to Al Ain with 3 Points in Hands 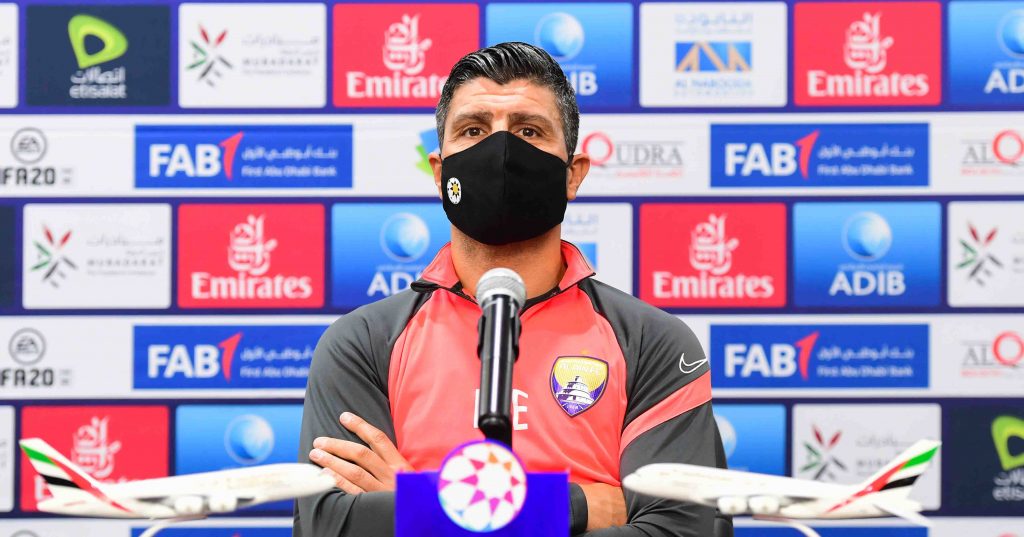 “We will play a strong away match against Al Jazira,” the head coach of Al Ain Team Pedro Emmanuel stated in the pre-match of matchweek 25 of AGL.

Ahead of the match scheduled to be held on Friday 7th May 2021 at 23:00, he stressed that Al Jazira would have more pressure as the team is competing to win the AGL title, “meanwhile, we are focusing on winning the match’s three points.”

Commenting on the question on the importance of this big match for Al Jazira compared to Al Ain, he stated: “Derby is a derby and winning the match is important for both teams. However, it is a fact that it would be a big match for Al Jazira as losing points would complicate the situation for them, given the position of their direct competitor, Bani Yas, who is also pushing hard to fulfill their ambitions to win the AGL title.”

He added: “It is important to consider that and play a good match against a good team. Al Jazira has the best striker and goal assists in the league. Al Jazira is known for their aggressiveness and quality players, but we have to control the ball and penetrate through their backline.”

Pedro Emmanuel went on to say that he is confident that the match would be a good game and the team who controls the ball will win its result.

He concluded by saying: “We should respect the home team who tops the standing table, but we have to win the match’s three points. It is a derby match.”