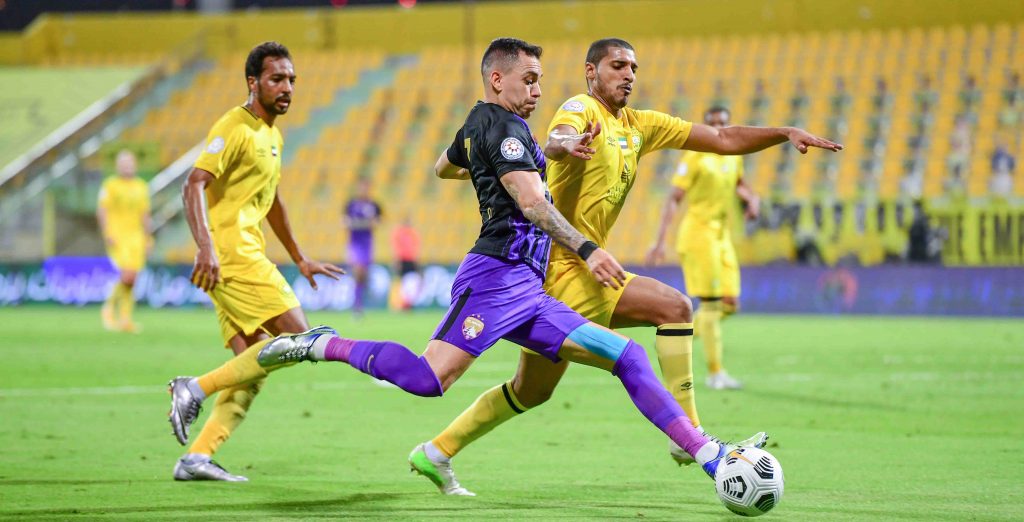 The Boss came from behind to defeat Al Wasl 2-1 at Zabeel Stadium in matchweek 6 of the Arabian Gulf League on Friday 20 November 2020.

The first half ended by a 1-1 draw. Al Wasl took the lead when Ali Saleh scored at the “28” minute of the match. Mohammed Abdul Rahman was able to level up at “42”. Togo’s Laba Kodjo, who replaced Fahd Hadid, scored Al Ain’s second goal from the penalty point at “62”.

Al Wasl’s midfielder Salem Al Azizi was sent off the pitch with a red card in his pocket following receiving his second yellow card at “53”.

Al Ain collected their third win of the season to raise their tally to 11 points and placed at third spot temporarily, while this marked Al Wasl’s fourth league defeat as they remain frozen on six points at the tenth spot of the standing table.