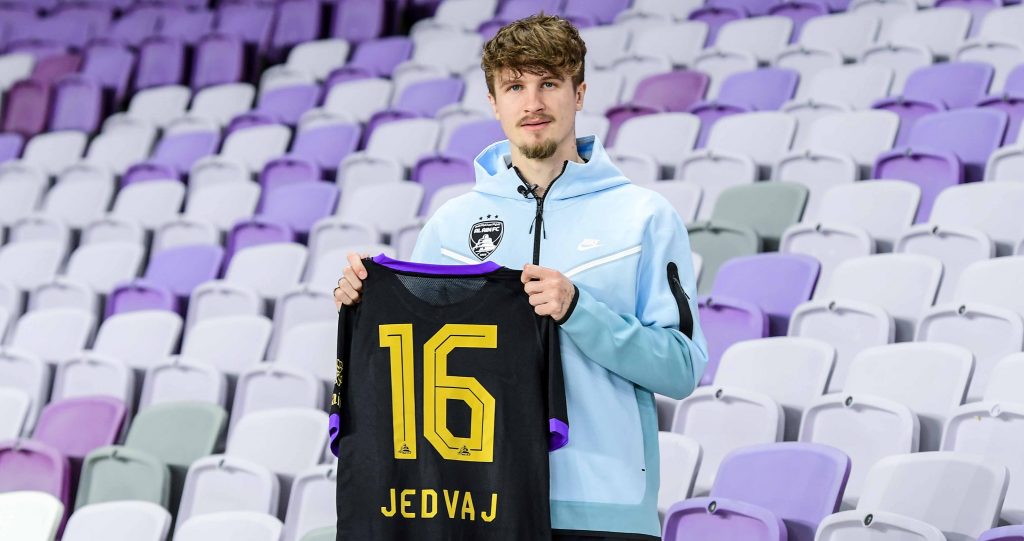 Jedvaj: I Aspire to Win All Titles with the Boss of UAE Football

So Excited to Defend the Team’s Badge, and I cannot wait to Kick off My Training Sessions

Al Ain Club Football Company has completed the contractual procedures with the Croatian defender Tin Jedvaj, 27 years old” in preparation for officially being listed in the team lineup during the winter transfer window.

The newly-arrived defender will play for Al Ain Team on 6 month loan from the Russian Premier League club Lokomotiv Moscow. It is decided that the player will wear jersey#16 on his first match with the team.

He stated: “I am so excited to have a new challenge by playing for the Al Ain squad and defending its badge. I hope to assist my teammates in achieving the team’s desired goals and make the Ainawi Nation happy. Indeed, I cannot wait to join the team’s training sessions in a couple of days and meet my new teammates.”

Responding to a question on whether he had previously heard about Al Ain Club, he said: “I know Al Ain Club well. It is one of the biggest clubs in the region and Asia. I know that the Boss squad played the final match of the FIFA Club World Cup- UAE 2018.”

He added that many Croatians worked in the Club as coaches, and technical and medical staff, namely Zlatko Dalić and Zoran Mamić. He also said that he heard the good news about the Club and its honorable history, achievements and titles won.

“I heard a lot about the team’s ambitions to win all titles and how the Club’s management is so professional, and most importantly, how charming and relaxing the Al Ain City is!” he stated.

He commented on another question about his personal ambitions with the Ain Team: “I aspire to win as many titles as I could. I look forward to winning the league and two cup titles in the current season. I will spare no effort to help the team realize the Club’s goals.”

He signed off by saying he could not wait to see the fans in massive numbers and listen to them cheering up the players and celebrating the team’s victories.

Jedvaj started his professional career in 2013 with Dinamo Zagreb, coming through Dinamo’s youth academy. His football talent led him to progress through the national teams at various stages in his country, Croatia, until he joined the National Team. He scored two goals in 26 “international” matches with his national team.

At the end of his first professional season, Jedvaj was targeted and approached by Italian Club Roma, although the Dinamo board rejected the initial offer. Finally, it was confirmed that Jedvaj had signed a contract with the Roman Club. Jedvaj made his Roma debut on 1 December 2013. In 2014, Bayer Leverkusen announced that they had agreed with all parties to a loan agreement with Roma. He started a career full of successes, then played in the European Champions League, and the German team activated the player card purchase clause and continued with Bayern Leverkusen for four seasons. Then he was transferred to German Augsburg and Russian Lokomotiv Moscow before signing for Al Ain club.