We have a substantial desire to achieve strong positive results.. Khaled Al Blooshi: We Promise to Fight and Do Our Best to Attain the Ainawis’ Ambitions 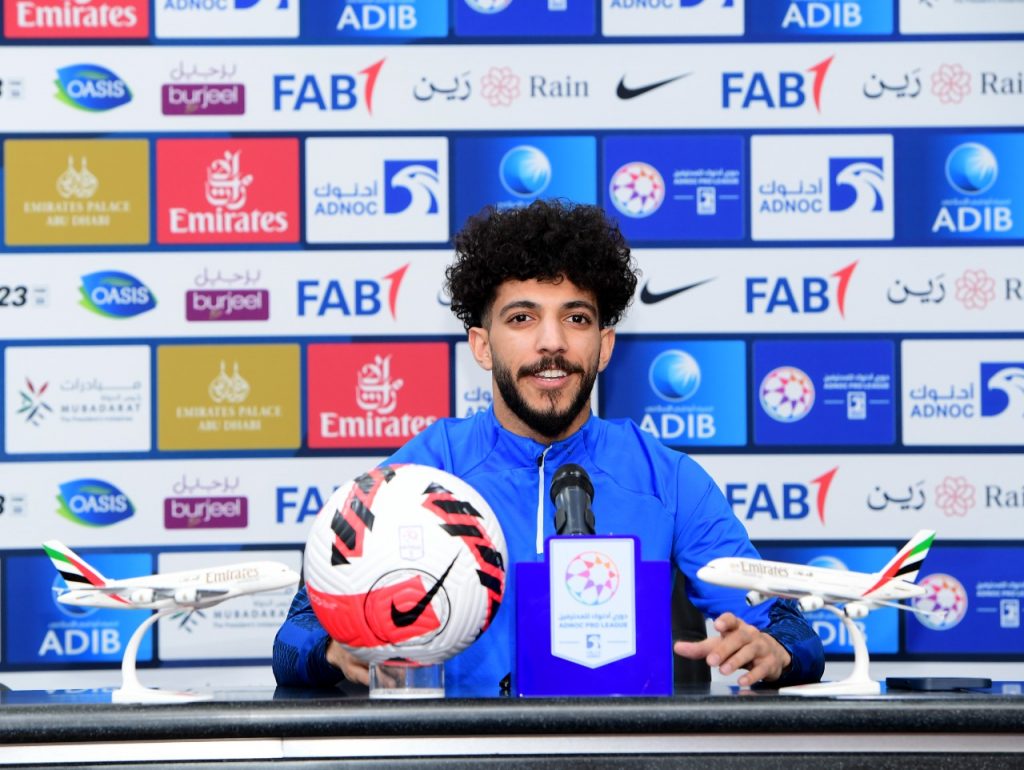 Al Ain Team’s “international” player, Khaled Al Blooshi, stressed that all the players have a substantial desire to achieve positive strong results starting with the next match against Al Bataeh, marking the last game of the first round of ADNOC Pro League with all due respect to the opponent’s aspirations.

“The team worked hard during the break by holding a behind-the-doors training camp in Dubai where they had daily morning and evening training sessions. We also played friendlies to correct all mistakes and get back into form,” he stated in the pre-match press conference of matchweek 13 of ADNOC Pro League.

Responding to a question on the new defender’s adaptation with the squad player and style of playing, he said: “The new Croatia’s defender, Tin Jedvaj, is a big name and knows well the value and objectives of Al Ain Club and the aspirations of its fans. I wish him all the best and be an added value to the Boss squad. As you know, we all work in the spirit of one family to achieve the Club’s goals and make the loyal Ainawi fans happy.”

He added: “We promise to spare no effort to defend the Boss’ badge considering that we are competing to win all titles of competitions this season.”

He pointed out that all the players know well that they are required to improve the team’s results in the league, given the challenges we faced this season.

He concluded his statement by stressing that the gap in points between competing teams is minor and wished his teammates all the best.