We Must Win All Opponents to Meet the Fans’ Aspirations Pedro: I Did Not Change My Plans Due to Laba’s Suspension Per the Players’ Desire 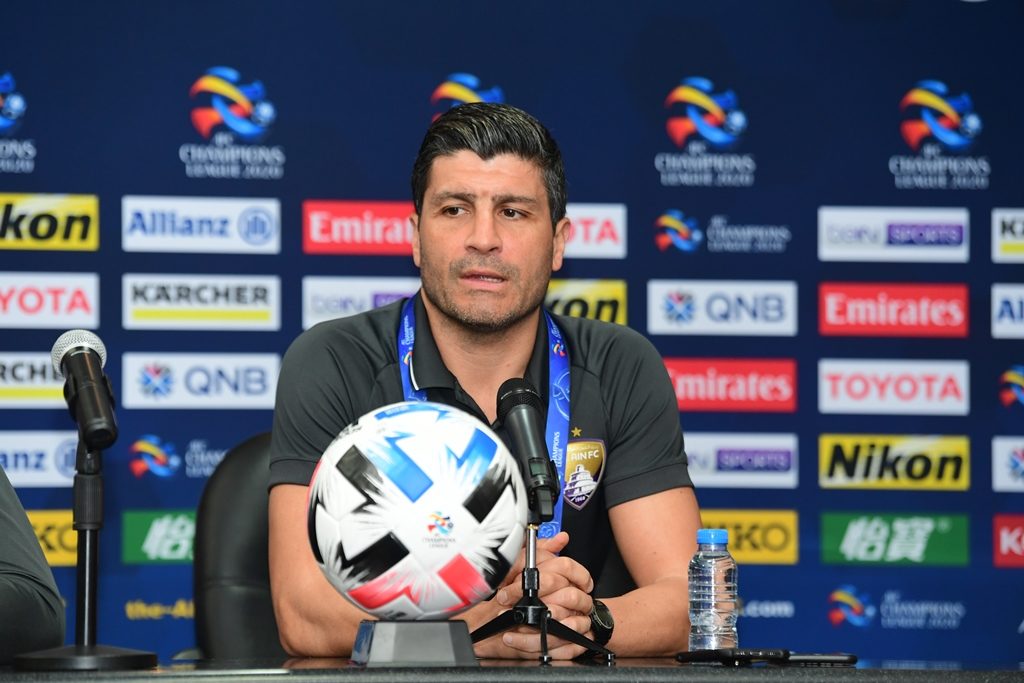 I will not talk about the punishment as we respect the regulations, but it is all about its timing

If not Experiencing Pressure, I Do Not Deserve to be the Coach of Al Ain

Portuguese Pedro Emmanuel opened the pre-match conference of his match against Al Sharjah by stating that the game was intense and emotional in most of its parts. “In the first half, the team committed several mistakes by the two teams, but we already planned to take the lead and then control the ball. We know very well the capabilities of Al Sharjah front line. By the end of the day, we achieved our target and qualified for the final match and won the opponent by 3-2 though we were not lucky enough to keep our sheet clean.”

Pedro added: “We did not change our plan based on the players’ desire who insisted on playing per the plan we had set up which until the last training session we have Laba part of it. However, by the end of the training session, we were surprised that Laba is suspended.”

“Tonight, we played with two strikers, and the team showed their genuine personality in a perfect match against a significant team,” Pedro concluded his statement.

In response to a question on his point of view on suspending his team’s striker, he said: “I will not talk about penalties as the regulation is straightforward and clear and all of us should respect the laws. Meanwhile, I will talk about the timing of implementing the penalty. As you know, we started preparing for Al Sharjah match following the end of our match against Al Fujairah last Thursday. As we are in the final stage of our preparations, we received the news of suspending our striker, and I believe that UAEFA should notify us ahead of time that one of our players might be suspended based on the report of the match commissioner, match referee or even based on the regulations in force.”

“the most important thing out of this situation is that the stars of Al Ain squad showed that they are up to the occasion, and Jamal Marouf, who lives his best moments took the lead of the front line,” he said.

As for the question marks on the defenders’ performance, he stated: “Yes, we conceded two goals, but we scored three. I believe that the opponent has good players in all their lines, but we were able to score although their goalkeeper was able to save his net on several occasions.”

“If fans are here tonight, they will celebrate the five goals and, in particular, Islam’s stunning goal, which is one of the best goals in this competition so far.”

Pedro insisted that if he is not under pressure, he would not deserve to be the head coach of Al Ain. “For me, without such pressure, I would stay away and spend my holiday away from any pressure.”

He concluded the media conference by saying: “When I assumed my responsibilities as a head coach of Al Ain, I knew well what I am meant to do and definitely winning all our matches would lead us to realize our aspirations and make the fans happy.”