We Respect Kalba’s Aspirations.. Pedro: We Are Determined to Win in the Last Three Matches of the Season 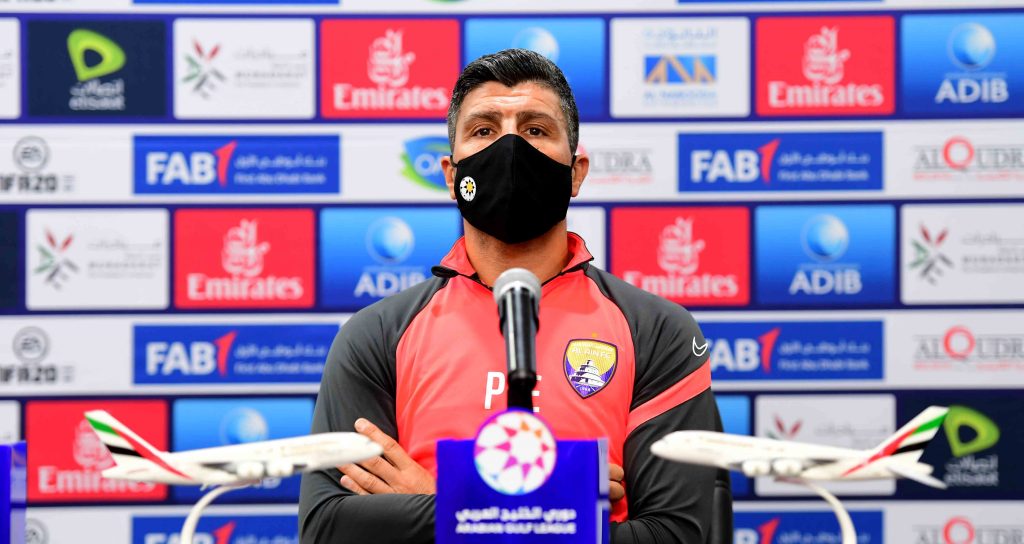 “We must show our strength to win the remaining three matches of the season to improve our position on the standing table following a long stop,” Pedro Emmanuel stated in the pre-match press conference of matchweek 24 of AGL held this evening.

He added: “The last three matches are 9 points. All we could promise right now is that the players who are going to play these three matches would fight to win the three teams.”

He stressed that the team’s goal is to improve its position on the standing table and “we are confident that we could make it by focusing on work and prove that despite the hardships we experienced this season we can reach the finish line by winning the three-team we are playing against.”

As for Ittihad Kalba Team, Pedro hailed the team, saying that they are a good team with quality players and that they are in the seventh spot behind Al Ain Team by two points only.

Pedro stated: “We are determined to show our quality skills, and sights are set to snatch the match’s three points. I believe it would be a good match, and we would enjoy watching it as the two teams fight to achieve the same goal.”

He signed off by stressing that his team would win the matches and snatch their nine points.