As the UAE paves its way to turning into an international sports hub at full tilt, the demand for various sports has been growing day after day. Subsequently, AASCC took responsibility for expanding and diversifying sports games in the City of Al Ain to meet the aspirations of UAE’s sport scene. This expansion included the development of the first Al Ain Athletics Team in 1978.

The first coach to train and lead AASCC Athletics Team was Othman El Samanoudi from Egypt, followed by Hadi Salboukh from Iraq, while now it is led by Hussein Draj and the age groups teams are coached by Nasser Al Saeidi.

Since its establishment, the team has been competing individually, except for the “Ikhtiraq Aldahiya” team that represents the UAE in various championships, winning several tournaments at a GCC level.

In the Athletics Games of the 1996 Sydney Olympics, Ali Khamis Al Neyadi represented the UAE and won local and Arabian Gulf Championships, alongside his teammates Mohammed Al Abd Abdullah, Nasser Al Saeidi, Mohammed Hamad Al Shamsi and many others. They have won many local and international medals during the seasons between 2010 and 2016, including the Arab bronze medal for runners in Kuwait in April 2016, as well as the team’s participation in the Zayed International Marathon in New York City in the USA in May 2015.

AASCC always believed that young talents must not go unnoticed. Hence, it works side by side with the Ministry of Education and the Abu Dhabi Education Council in order to attract students to join the various athletics teams, especially younger age groups, and there is full coordination in this regard.

The first foreign athletics players purchased by AASCC were Saber Bayaha and Yousef Khalil.  In the 2016-2017 Season, the UAE Athletics Federation allowed the participation of five foreign players, including the Egyptian Tahir Suleiman and the Sudanese Al Neel Al Shafei Al Neel.

Moreover, the athletics first team has been organizing training camps abroad for all teams since 1985, where Bulgaria was the first camp for the local talents.

AASCC has always been working on supporting the UAE’s athletic games scene through continuous and fruitful cooperation with government bodies, including the military, the police, universities and educational councils.  In 2013, Al Ain Sports Games Company was formed to individually manage the growth of the various sports games. 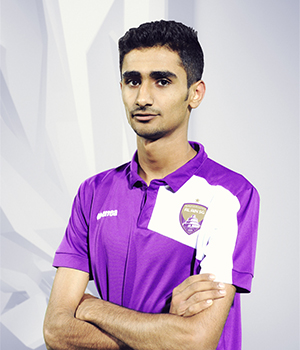