Swimming is one of the most admired sports in the UAE.  Such sport is practiced all year round.  It is considered one of the sports the UAE excels at, especially given the nation’s recent participation in the swimming competitions of the 2016 Rio Olympic Games. AASCC’s vision is to support the UAE’s mission to turn into a global sports hub, by improving all kind of sports.  The first Al Ain Club swimming team was formed in 1980.

Such team was initially trained and lead by the extraordinary talent of Mohammed Ziwar Makki, and recently by the determined Emirati talent, Khwaitir Saeed Al Dhaheri. Among the most brilliant talents, who excelled at all levels recently, are Yaqoob Al Saadi, who represented the UAE in the 2016 Rio Olympic Games, 11-year-old Zayed Al Arifi, who achieved the nation’s record number in the 100m backstroke category in 2015, Ahmed Al Neyadi and many other promising talents.

The team won its first championship upon its formation in 1980, which was the UAE Supremacy Shield.  Since then, the team has been winning the tournament for 14 consecutive seasons. In 1996, the team, represented by Khwaitir Saeed Al Dhaheri, had an outstanding participation in the 2000 Sydney Olympic Games.

Furthermore, Al Ain Club’s swimming team achieved six record numbers at the local level in 2011-12 Season, and four records in 2012-13 at the GCC level, in addition to winning four medals during the Morocco 2nd Championship for Men in 2014 and 37 medals during the Gulf Short Course Championship in the 2014-15 Season. The team was also qualified for the Olympic Games in 2013-14 after achieving 13 new timing records.

Before the launch of the Sports Games Company in 2013, AASCC always believed that young talents should be paid attention for. Hence, the club works closely with the Ministry of Education and the Abu Dhabi Education Council for encouraging students, especially those of younger age, to join the swimming team.

Moreover, in order to improve the team’s performance and diversify its swimmers’ experience, AASCC has attracted and accommodated several foreign talents such as , the British Thomas David Dalgarno, the Bosnian Velimir Stepanovich, the Irish Felix Payne, the Egyptians Yahya Mohammed Wael Amara and many more.

Al Ain Club has always been working on enhancing the status of athletics games in the UAE through continuous and fruitful cooperation with government organizations; including the military, the police, universities, and educational councils. 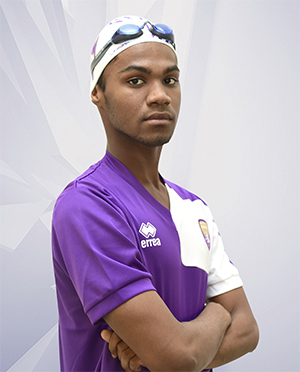