Extended His Sincere Appreciation to Hazza Bin Zayed.. Matar Al Darmaki: Moving on Towards Victories and Realize the Leadership’s Vision 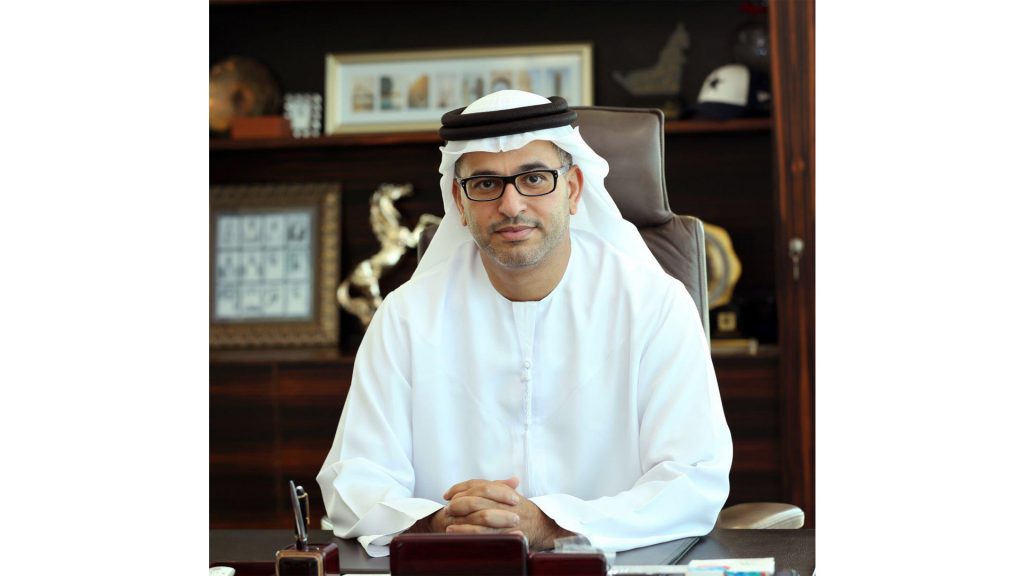 The recent decisions taken by H.H. Sheikh Hazza bin Zayed Al Nahyan, the First Vice President of Al Ain Sports and Cultural Club, and the First Vice President of Honorary Board, and Chairman of Al Ain Football Company, to form the board of directors of Al Ain Club and its companies came on top of the news of the sports sector and sports saloons as decisions based on the vision of the founder of the successful strategy of the future of Al Ain Club; the big sport entity and winner of the majority of titles in UAE and the the best club in implementing the significant principles of comprehensive concept of professionalism.

The statements made by the officials of the Al Ain Club shed the light on the significance of the recent decisions and its potential positive impacts on the performance and achievements of the club in the coming seasons that will meet the expectations and aspirations of the Ainawi Nation. They underlined that that the brighter future will be within reach, given the generous and continuous support and sponsorship of H.H. Sheikh Zayed along with furnishing the grounds to achieve the comprehensive sports development and the solid sports advancement in the manner that repeat the same honorable scenes which is an integral part of the history of the club.

The responses and reactions of the fans to the decisions of H.H. Sheikh Hazza bin Zayed further deepen the feelings of appreciation and gratitude to the leader of the club’s success. Under the directives of H.H. Sheikh Hazza, the club will go on to regain its notable position at both the local and continental levels having full trust in the future to further enhance the successful and significant journey of excellence and development.

On his turn, H.E. Dr. Matar Rashid Mohammed Al Darmaki, Chairman of the Al Ain Football Company, expressed his gratitude and appreciation to H.H. Sheikh Hazza bin Zayed Al Nahyan, the First Vice President of Al Ain Sports and Cultural Club, and the First Vice President of Honorary Board, and Chairman of Al Ain Football Company, for the highly appreciated trust in appointing him as the Chairman and the new Board of Directors. “It is a high prestigious trust and assignment and pushes us to the limit to strive to achieve the the club’s future vision by sticking to the guidelines of the strategy set up by H.E. Sheikh Hazza bin Zayed which turned the club into a role models for all other clubs at all levels,” he said.

H.E. Dr. Al Darmaki underscored: “Al Ain Club will keep going on the victories track, realize the aspirations, be back to the coronation podiums and clinch more titles. The club will try its best to turn all dreams which will never soar below the skies into realities on ground for the continuous and generous support of H.H. Sheikh Hazza bin Zayed, in addition to the massive support provided to the stars of the Boss and the never-ending support of the loyal fans who are a key partner in all the club’s achievements at all levels and on top the recent achievement in the FIFA Club World Cup- UAE 2018 being placed as runners up of the champions, the prominent achievement among all UAE clubs.”

He added: “We will be facing grand challenges in the coming seasons that force us to represent the UAE honorably in the away international championships as a real competitor to win titles and not playing for the sake of participation only. Add to that competing to win home titles and build on the achievements of former boards of directors.” He also stressed that more attention will be given to the Al Ain Football Academy and School with the aim to nurture new professional junior players who enjoys quality skills to support the first football team and the national football teams, as well as consolidating the concept of sports investment in certain stars who graduated from the football academy.

Al Darmaki also expressed his appreciation to the sincere efforts exerted by all the partners of the Al Ain Football Company for providing the essential support to realize the desired aspirations and the pre-set plans and programs wholly designed to make the loyal Ainawi fans happy.

H.E. Dr. Matar availed the opportunity to extend his sincere appreciation to the “former” board of directors of the company chaired by H.E. Ghanim Mubarak Al Hajeri who spared no efforts in implementing and following up all the company’s plans and strategies. He said: “Al Ain Club has always been a big club and not a mere football club. It is a great club in terms of the mechanism of treating its members based on the principle of one family which is one of the key grounds for the success of the mechanism of the team work which is basically based on the integrity of the roles starting with the Al Ain Cultural Club which represent the operational arm that provide all the companies with the all the requirements, including the financial, legal, media ones, … etc. He also pointed out: “Indeed, the Al Ain Investment Company plays a key role in providing exceptional and advanced services in terms of the marketing and commercial operations related to the first football team, besides providing all the requirements of the fans of the “purple team”. additionally, meeting all the requirements of the sports games which the company holds the responsibility to prepare the champs of the collective and individual games ideally to achieve the desired home and away goals of the club.”

H.E. Dr. Al Darmaki concluded his statement by stressing his full confidence in the quality skills and capabilities of the new local and foreign stars who have been recently signed to to team and selected by the Technical Committee of Professionalism with a direct coordination with the newly-arrived head coach, Croatia’s Ivan Leko to achieve the pre-set goals of the team in the coming season. He also stated: “It is so important to work with the team spirit including the coaching team, administrative staff, players, fans and each and every member of this lofty sport entity to be able to realize the aspirations and goals of the team locally and continentally in the coming season 2019/2020 under the logo of “Sights Set to Win All Titles”. I wish all of you all the best and achieve the top levels in all championships.”