Hailed the Squad’s Fighting Spirit.. Pedro: We Had a Deserved Victory Over Al Sharjah After a Difficult Week 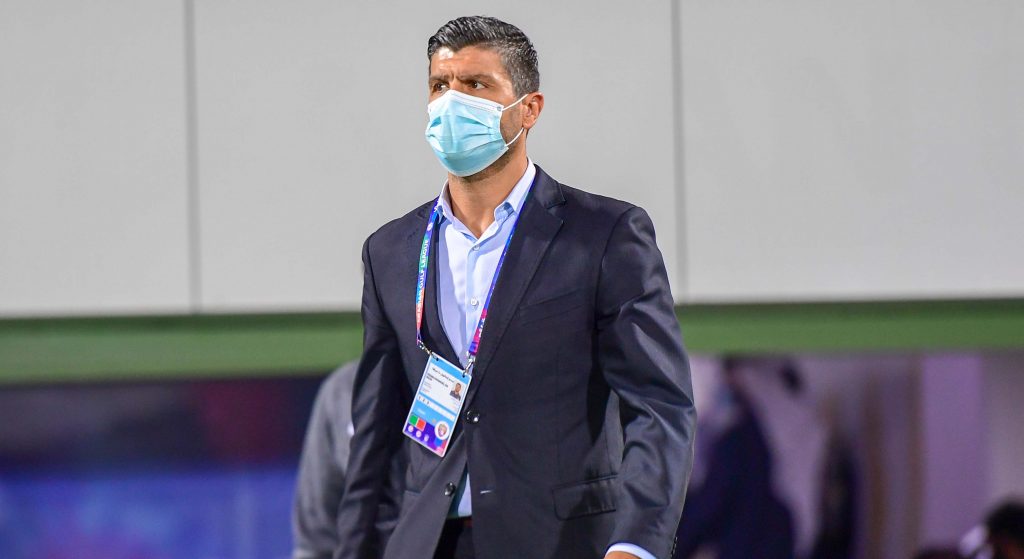 The head coach of the Al Ain Team, Pedro Emmanuel, stated that his team played the match against Al Sharjah after a difficult week for the team’s players, coaching team, administrative staff and all members and fans of the Boss.

“We had a tough week after losing the matchweek 15 of the league. This explains why it was so important to win the home team today,” he said in the post-match press conference of the match.

He added: “Nobody was satisfied with the team’s position in the standings table. We tasked the players to carry out certain missions, and they played per the plan we set up for this match, particularly I know how Al Sharjah plays. Things turned to be so complicated after conceding the first goal.”

He pointed out that the players we committed to playing the pre-set plan and fight hard despite the minor mistakes. However, “in the break time, I instructed the players to play as per the plan. They did so and played the second half with high determination to win the opponent. We created several chances to score.”

Pedro went on to say that “it is not a problem for me to say that we were lucky enough today in addition to the significant performance of the team’s star goalkeeper, Khalid Eisa, who saved our net, especially in the dying minutes of the match. He is one of the factors that led the team to win the match result.”

Al Ain Head Coach stressed that it was difficult to come back to the match and score two goals as the team’s situation was difficult in the last minutes of the game.

He said that he tried to boost the defensive performance by giving Saeed Jumaa and the team the chance to fight until the end of the match. “We had a deserved victory and exhibited the genuine character of the Boss. We must keep going and improve our performance.”

Before concluding his statement, he hailed the newly arrived Japan’s player, Nakajima, who joined the team in difficult times. Although he did not train with the team for two weeks, he showed a great desire to play and defend the team’s badge. He did well and help the squad to win.”