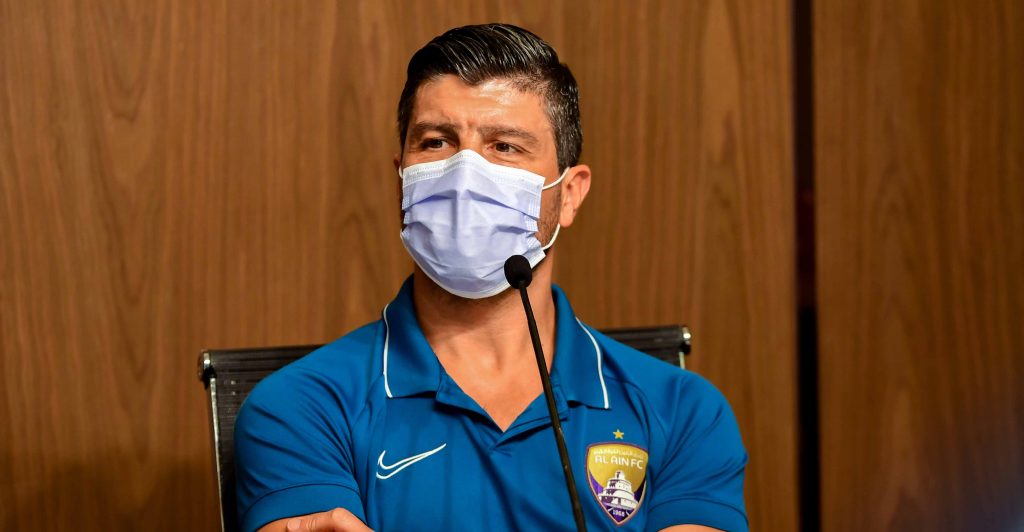 The head coach of Al Ain Pedro Emmanuel put an accent on how vital the coming match against Foolad Team is.

“It is part one of the most important competitions in Asia, and both teams have equal 50% of chances to win the match’s result. We understand the opponent is a good team, and we know what we are meant to do tomorrow and qualify for the next stage of ACL-2021. At present, this is our main goal,” Pedro stated in the pre-match press conference held in Prince Feisal Bin Fahd stadium today.

Responding to a question on the team’s current situation that is not in line with fans’ aspirations and the Asian challenge, he said: “It is for sure that things did not go well this season, but the AFC Champions League is an important competition. Indeed, it is the major and most important one for Al Ain Club since I am tasked to be the team’s head coach. Al Ain is one of the biggest clubs in Asia and will fight till the end and exert 100% of efforts to win and qualify.”

Commenting on Foolad head coach’s statement that there is no excellent team in the current competition, including Al Ain, he said: “I have no comment! We know what we are meant to do, as I stated earlier. There is no compensation and no alternatives in this current stage. We must win; otherwise, leave back home.”

He signed off by saying: “We look forward to winning the opponent and qualify with all due respect to the opponent’s aspirations.”