In Germany, Rebrov Adopts the Theme “No Time to Rest”.. The Boss Kicks Off Austria’s Stage with a Friendly Match Against Saudi Arabia’s Abha FC Tonight 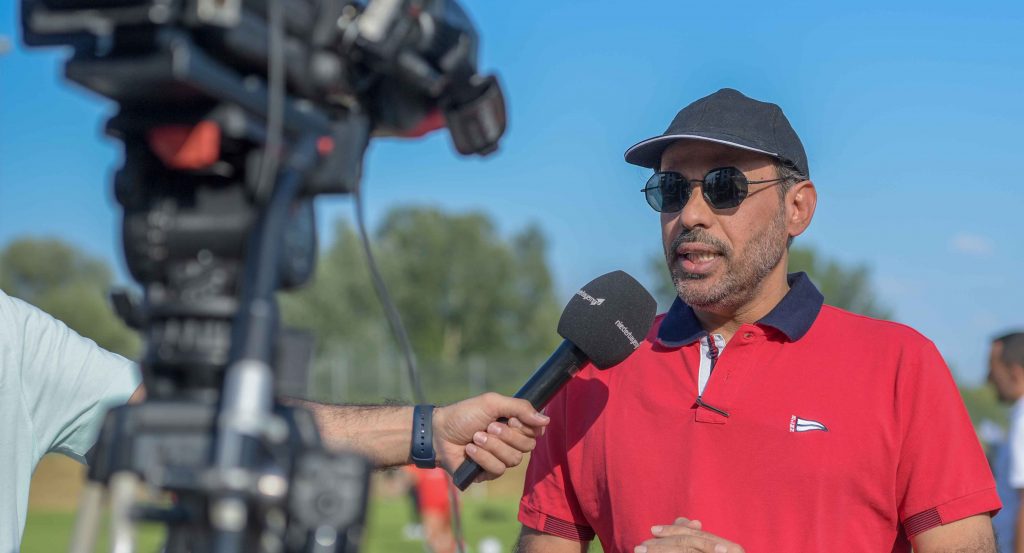 German Sports Critic, Hans: Al Ain Squad Did Not Have Any Issues in Accepting Their Requests to Play Friendly Matches in Germany for they Are Reputable and Big Club in the Middle East

Ahead of those two matches, head coach Sergiy Rebrov adopted intensive morning and evening training programs to boost the rate of physical fitness.

Noteworthy, Ukraine’s training program in Bad Goegging City in Germany, held during 19-31 July 2022, did not include a space for any break. He involved the players in morning training sessions directly after the friendly matches in less than 24 hours.

It is scheduled that the team members head to Austria tomorrow morning.

Several German newspapers and TV stations in Bavaria were keen to dedicate special programs and articles to covering the news of the Al Ain away camp.

The official sports channel of Bavaria broadcasted a detailed report on the Boss’ ore-season summer training camp, including the team’s two friendly matches held in Bad Goegging City. The report also shed light on the Club’s grassroots from various nationalities in Germany. The program editor described Al Ain Cub as one of the most important clubs in the Asian continent.

The sports channel also interviewed the Head of the Al Ain mission, Salem Al Junaibi, Board Member of Al Ain Football Club Company. The interview addressed the team’s most critical challenges during the current preparation stage and the Club’s goals for the new season. The reporter also referred to Club’s two deals with Andriy Yarmolenko and Matías Palacios.

The German newspaper, Straubinger Tagblatt, dedicated an entire page to covering the Al Ain Club’s away training camp in Germany.

On the other hand, the well-known German sports critic, Hans Nosko, stated in the Donaukurier newspaper published in the southeast of Germany that clubs in the current period always face significant challenges in finding teams of the German Football Association in various divisions as the league kicked off and the pressure of official matches. However, Al Ain Club enjoys a good reputation, and this is why many clubs expressed their interest in playing against Al Ain Club.

Mr. Hans confirmed in an article published by the newspaper that the Tom Hall Stadium in Ballingress in Germany, known for hosting sports events in southeast Germany, hosted one of the big names in the Middle East, the Al Ain Club.

The reporter highlighted the Club’s local and continental titles and global achievements. In addition, he underlined the team’s final match in the FIFA World Clubs Cup- UAE 2018 against Real Madrid.

Hans Nosko also held a lengthy meeting with the team’s supervisor, Abdullah Ali, about the gains that Al Ain achieved by holding their away camp in Bavaria and the goals and ambitions of the big Club in the new football season.