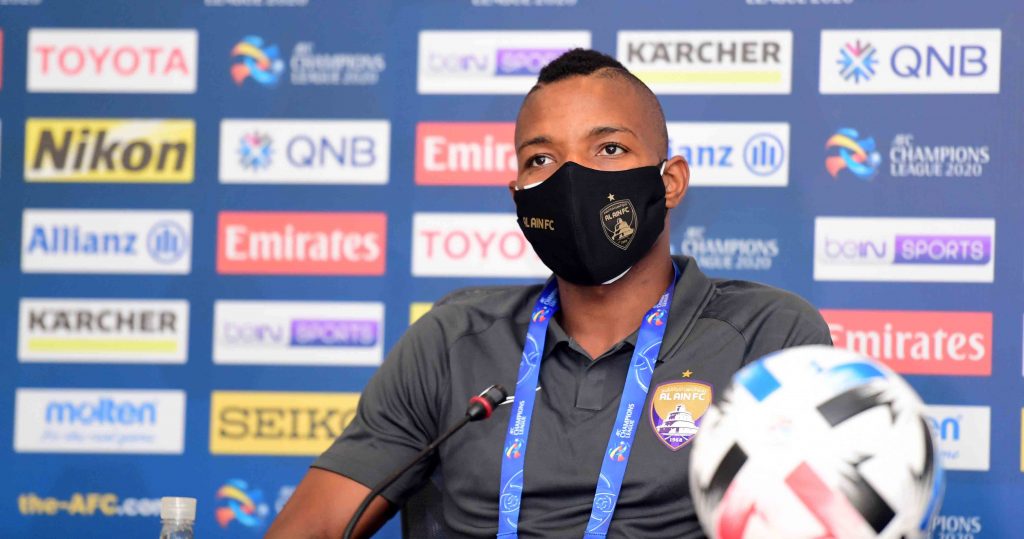 Laba had a Short Break and Back to Group Training Sessions

Maitha Al Shamesi, Rapporteur of Al Ain Club Medical Committee, stated that Caio Canedo completed his medical tests and MRI at the Health Point Hospital located in Abu Dhabi under the supervision of the Al Ain Club Medical Committee. She explained that all the tests were made to assess the injury he suffered from during the training sessions of the UAE National Football Team.

Al Shamesi added: “We received a report from the UAE Football Association (UAEFA) yesterday confirming that the player was injured during the training sessions. We contacted the concerned at the UAEFA directly to agree on the request to conduct the necessary medical examinations for the player. The Medical Committee will, and it is decided that the medical committee will issue a statement to clarify all the details. Associated with the player’s injury and the expected duration of absence. “

Commenting on a question on the current conditions of the Club’s clinic, she said: “The situation in the Club’s clinic is all right. I would also like to commend the players’ efforts during the rehabilitation stage as it requires determination, persistence, and continuous work, morning and evening. This would help to return quickly to the training sessions.”

“The team’s goalkeeper Mohammed Bu Senda has already left the Club’s clinic after receiving the proper medical treatment as he suffered a severe knee ligament injury during the Abu Dhabi Sports Council Tournament. He joined a 45-day rehabilitation program and exerted great efforts and showed a high commitment and ready to join the training sessions,” she said.

Al Shamesi added that Mohammed Ahmad “Bambo” has already left the clinic after receiving the medical treatment due to an injury he suffered from during the training sessions of the UAE National Football Team. She pointed out that he is all set to join the team’s training sessions.

As for Togo’s Laba Kodjo, Al Shamesi stated that he was suffering from mild soreness due to fatigue and the massive efforts he exerted during the AFC Champions League 2020. “The player played four matches within nine days. The Togo Football Association was contacted to offer him a break time, and thankfully the association approved our request. He is also got to go and join the team’s training sessions.”

Al Shamesi commented on Jamal Marouf’s injury and said that he suffered from a fibula bone fracture during the team’s match against Saudi Arabia Al Nasr of the AFC Champions League- 2020. She pointed out that he has joined the rehabilitation program, and all is well so far.

Maitha Al Shamesi stated that all the team members were subject to the COVID-19 PCR test following the adopted protocol.

She added: “One of the challenges faced by the Medical Committee is to instill the culture of preventive and precautionary measures. It is the challenge that should be won by all clubs while experiencing such exceptional conditions not only in UAE but the globe as a whole.”

Responding to a question on the working mechanism adopted by the Medical Committee, she said: “Regarding the adopted work mechanism concerning first-team players’ injuries, it basically relies on diagnosing the injury to determine how long it takes the player to recover and be able to join the team training sessions. Indeed, we have four levels that determine the injury type and medical treatment. The first one is the minor injury that requires medical treatment from one to three days; the second one is the mediocre injury, which requires giving the player four to seven days off. The third one is the medium injury that requires granting the player eight to twenty-eight days off, and the last one is the serious one that requires medical treatment for twenty-eight days and above.”