My Celebration is an Integral Part of Personality Pedro: We Are Al Ain …. We Live the Best Moments and We Will Fight to Achieve our Goals 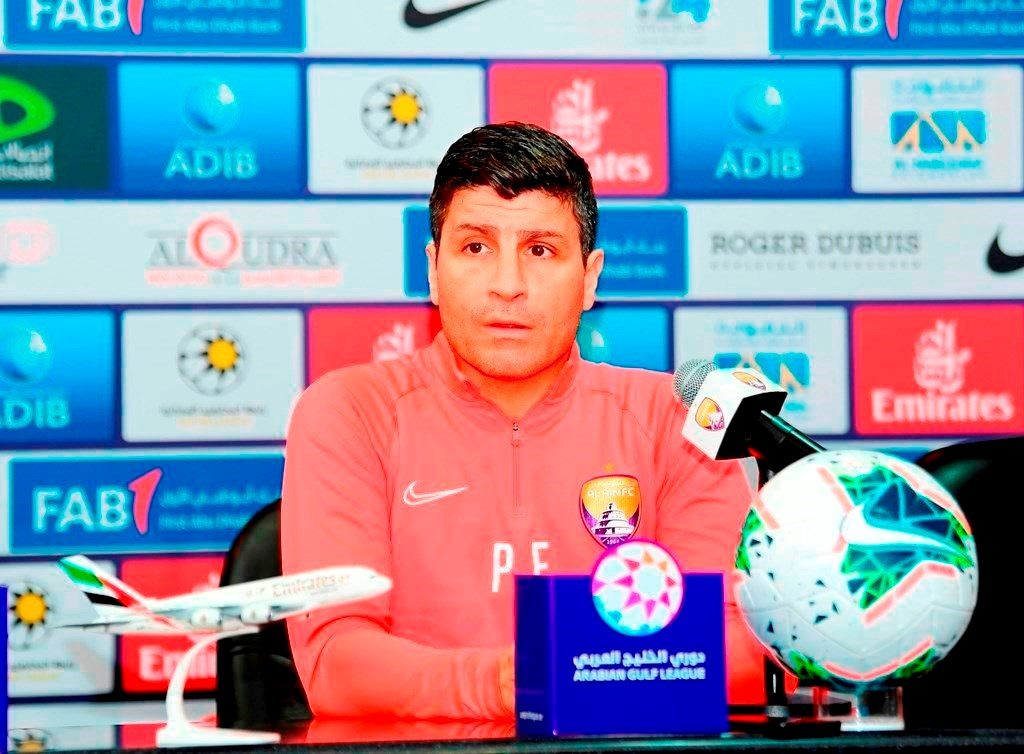 “Currently, Al Ain experiences the best moments, and we feel that we are stronger match after match in AGL,” Pedro Emmanuel stated in the pre-match press conference of matchweek 19 of AGL scheduled to be held on Saturday 14th March 2020 at Mohammed Bin Zayed Stadium.

Al Ain head coach added: “We believe that we are exerting terrific efforts and hope the coming days will be enough for all players’ recovery following the immense efforts they paid during their match against Al Sharjah in the President’s Cup.”

As for the opponent of matchweek 19, Pedro said that they are not an easy team and that Al Ain should be fully ready and be stronger to snatch the match’s three points.

Responding to a question on the solution he has to handle the frequent defenders’ mistakes in the past matches, he said: “I believe we had positive things more than mistakes in the past match which is normal in football. Indeed, we do our best in training sessions to avoid such mistakes. Also, we have to invest in the positive atmosphere that the team enjoys at present and boost the players’ self-confidence and enthusiasm along to be focused on achieving our goals.”

As for his celebration with the players for qualifying to the final match of the President’s Cup at the changing room, he said: “Celebration in the world of football is so important for any team as it expresses the victory status. As for my celebration, it talks about me for sure as it is an integral part of my personality. I consider myself so passionate to celebrate when we achieve strong positive results.”

“We will play Saturday’s match while we are well aware that we have a new challenge in a completely different competition other than the match against Al Sharjah we played a few days ago. We are Al Ain and will fight to achieve our targets,” Pedro added.

He said that the team experiences significant moments of the season, and players enjoy high levels of self-confidence but not over-confidence. “We celebrated yesterday, and we are focusing on the upcoming match against Al Jazira.”

Commenting on a question on personal challenges that former Ainawi players who joined Al Jazira recently, he said: “I do not look at this issue in a particular way. We all know Al Jazira’s capabilities, and we know the players’ individual qualities, and we do not deal with one or two players only as we focus on the whole team.”

“On the other hand, we are Al Ain, and we have excellent quality players, and this is how we could achieve our goals.”

Pedro concluded by highlighting the fact that if Al Jazira wins the match, they will be back in the competition again. “For us, our sights are highly set to put firm hands on the top spot.”