Pedro Emmanuel: We are Betting on Al Ain Charisma and Players’ Skills 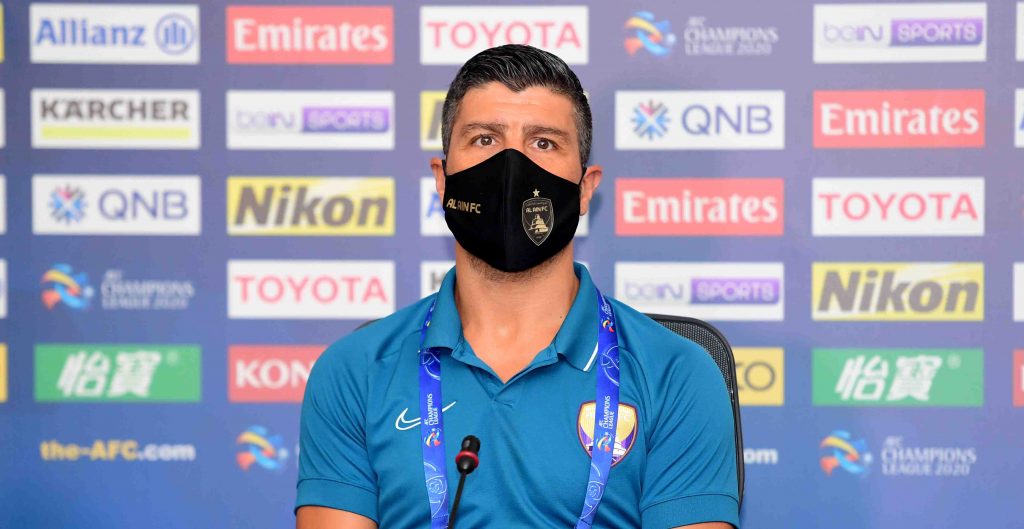 “After a seven-month suspension, we are playing our first match the day after tomorrow. We do understand that our mission will not be easy as we are playing against a tough opponent. Everyone is aware that we are to do our best to win the match’s points, considering our position in the standing table of Group D,” Pedro Emmanuel stated in the pre-match press conference of his team’s deferred round-3 match.

In response to a question on his team’s readiness, given that all opponents played official matches and ready for this championship, the head coach of Al Ain Team stated: “Yes, this is a reality. We did not paly any official match during the past period than our opponents in this group; however, we were keen to play friendlies.”

He added that his team enjoys a strong charisma and will ensure performing well against the group’s top team.

He pointed out that he could feel it that his squad has a strong desire to compensate for the two previous matches they lost. “We have not to forget that Al Ain players must play as they did in 2016. The team was suffering from a similar situation during the group stage at that time following losing the first two matches, but they enjoyed the strong charism to turn the table and ends as runners up of that edition.”
He signed off by saying that everyone is required to push himself to the limit, for sure.