Pedro: We’ve Done the Most Important Objective Out of Our Match Against Al Wasl 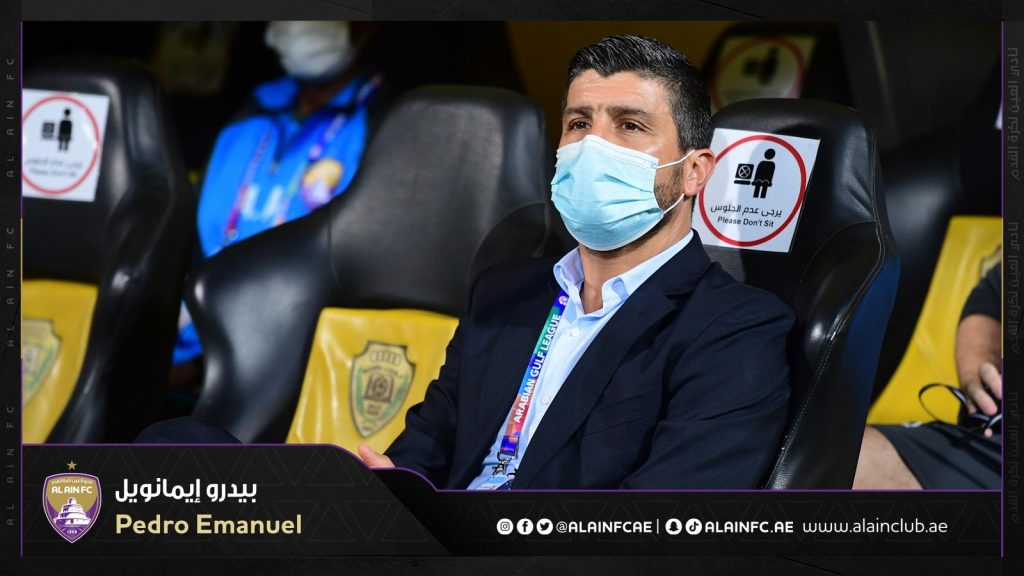 “Our match was not easy against Al Wasl as the whole team players get together for the first time since a long time only yesterday. This justifies why the team was not playing in harmony and not to forget that we have absent players due to injury and the last one is Bandar Al Ahbabi who left the pitch on a stretcher before the end of the first half,” Pedro Emmanuel stated in the post-match press conference held after the end of matchweek6 of the Arabian Gulf League held at Zabeel Stadium on Friday 20 November 2020.

He added: “We played a good match. When we came to Al Wasl stadium, our goal was to dominate the match, and we played aggressively and got two to three chances, but we did not invest in them in the right manner.”

“in turn, Al Wasl scored in the mid-first half. This harmed my team, and they lost concentration for a while, and the home team was so close to scoring their second goal when they launched two consecutive swift attacks. This gave us the motivation to go strongly in the second half, and again we controlled the match and pushed the opponent to their area. All of that gave us the advantage to win the match and snatch the match three points,” he said.

Pedro stated that he is well aware of the players’ conditions and why they played at such a level by saying that “some of the players just rejoined the team after playing for the UAE National Football Team and did not have the chance to take a break. Indeed, we as one team know that it was highly important to win this match and back home with three points in hands.”

He concluded his statement by admitting that the squad committed inevitable mistakes, but we did achieve our goals and “would like to congratulate the players for a job well done.”