Remembering His “Legendary” Goal in Al Sharjah’s Net.. Yahiya Nader: It is the Minor Details that Will Make the Difference in the Coming Clash Match 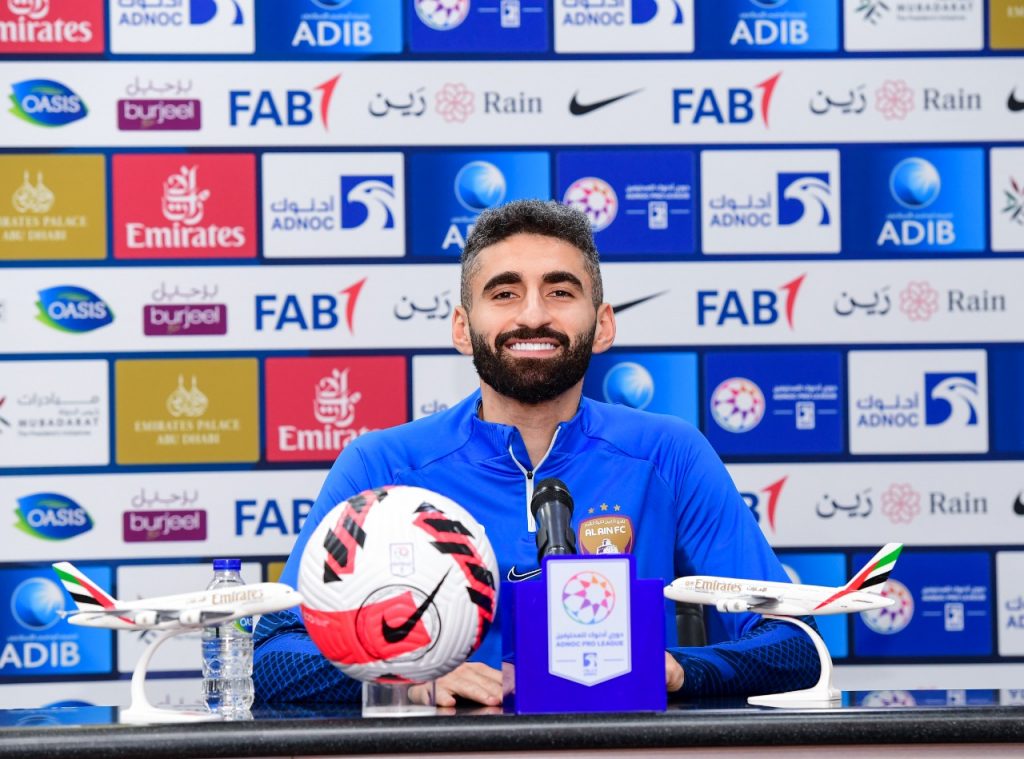 “Preparations for our clash match against Al Sharjah are on the go and as planned,” Yahiya Nader stated in the pre-match press conference dedicated to matchweek 8 of the ADNOC Pro League against Sharjah Team.

Al Ain Team’s midfielder pointed out that all the players know well what they are meant to do while stressing that it would not be an easy match.

“It is the minor details that will make the difference and give the team the upper hand over the opponent, given that it is “el clásico” clash match and that we will have a long break,” he stated.

He accentuated the importance of saving no effort to back to Al Ain fort with three points in hand from the home team stadium.

He commented about his memorable and legendary goal against Al Sharjah: “There are always great moments in the world of football game that sticks to the memory. I consider that goal against Al Sharjah one of the most beautiful goals I scored in my whole career. However, what is important now is to snatch the three points from the home team field.”

Yahiya commended the Ainawi fans saying that they have no competitors and are incomparable. He plainly expressed his confidence in their support of the Boss squad in all matches.

He concluded his testament by emphasizing that the coming match against Al Sharjah will not be an easy mission, and they need the fans’ substantial support while promising the fans to save no effort to make them happy in all remaining matches.